Ally: When did it get all December on us? It’s like fall out there! Man, we can DO THIS winter! Just snow for Christmas and we’ll roll through January and February and bring out the jeans and heels in March. mmkay?

Speaking of winter, I’ve officially entered into shitty wardrobe season. This means I alternate between the following three looks:

It’s ugly, friends. I just can’t help it. As I don’t have a “real” office job, I can’t show up to work in grungy snow boots and then prance about in my pretty heels. I guess I could at home but that would be weird and frankly I’m too lazy.

I want to make it clear that when I say “leggings-as-pants” paired with “wool socks”, I do not mean this: 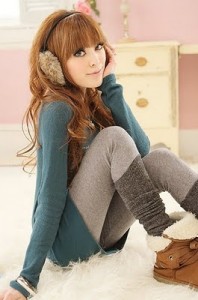 It’s actually not a bad look.

I don’t really know where I’m going with this, but anyway…leggings…wool socks…mumble, mumble…

Favourites? Shall we move on?

My top favourite this week has to be my friend Sasha for taking part in the Fight for Change event. She went all saucy pants in the boxing ring under the name, “Sasha Fierce”. Cute right?Congrats to all of the ladies who took part, that’s some serious charitable giving right there when you’re basically putting your face on the line. 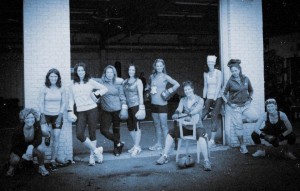 I’m also super delightafied to finally get a chance to wear my relatively new BCBG dress this weekend: 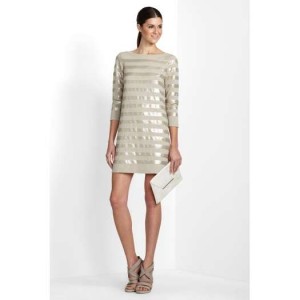 “The Natasha”! I like when they name dresses after ladies. It’s classy-like.

I am pairing this dress with my faux leather leggings. Leggings-not-as-pants. Yay! L-A will be so proud!

I would also like to take the opportunity to discuss my new favourite video channel (disclaimer: I have not actually seen the channel per se, but I have watched the commercial for it and I’m BLOWN AWAY). Bell is launching Juicebox Music Channel for Kids. Uh huh. Yes. I am told it will feature gems like this:

I mean, you won’t NEED my help with Crappy videos each week. You will have this channel!!! And you will rejoice.

Crappy Pop Video of the Week:

While we try to be unique on the blog, and only recycle our own posts, I cannot compete with the video that Lainey is flagging as pure musical magic. How can this much corn cheese be real? I was hands-over-the-mouth gasping the entire time I watched this (in a good way!):

I need to write a thank you letter to Macy’s.  First they give me Miracle on 34th St and now this? The crappy pop video? That was Christmas magic. How do I know it’s magic? Because separate from one another, at any other time of the year, I don’t care for Mariah Carey or Biebs. But put them together in a Christmas song? Why, my mouth dropped open with glee. It was so cheesily delightful that I won’t even begin to criticize the real crappy pop video of the week. The one with the confusing narrative in the video, set in the suburbs and featuring a GO train.

Anyway, only two favourites this week. But that’s because I’m still having trouble finding my keyboard or my life under all this craft. For reals. I turned around to do something this evening and I rolled over a bag of stuffing and knocked over a pin cushion.  I have about a square foot of space in here that’s not covered in craft. Which brings me to favourite number one: 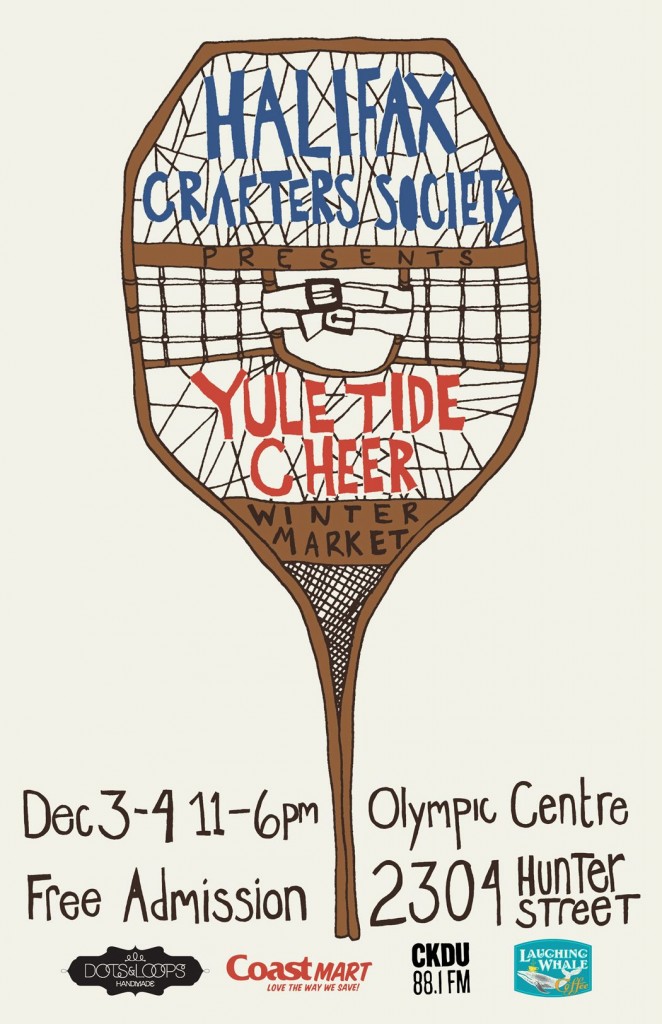 One of the best darn craft shows in the city, if I do say so myself. And yes, I am biased.  There is going to be so much awesome at that show, you won’t even know what to buy first. But two of this city’s great designers will be there: Veronica MacIsaac and Orphanage Clothing. And Orphanage always brings the $5 bin. Ally has done some serious damage to her wallet at these shows in the past.  And if I magically have time, there will be one FPQT-related piece of embroidery at my table.

I blame it on Wedenesday’s post. That’s what I get for somehow connecting Jimmy Brooks to works of literature from the Victorian era in my head. I totally want to make one of those annoying fan videos of period dramas set to Fancy.

(edit: ummmm…I totally skimmed Ally’s half of the post and missed her use of the Gomez. I didn’t notice it until after I hit publish. Clearly we’re MFEO. Or Ally’s music is rubbing off on me).

Okay. That’s all my favourites for now. Because this. This is my life until Sunday night:

Minus those gold leggings. Those are just not okay.