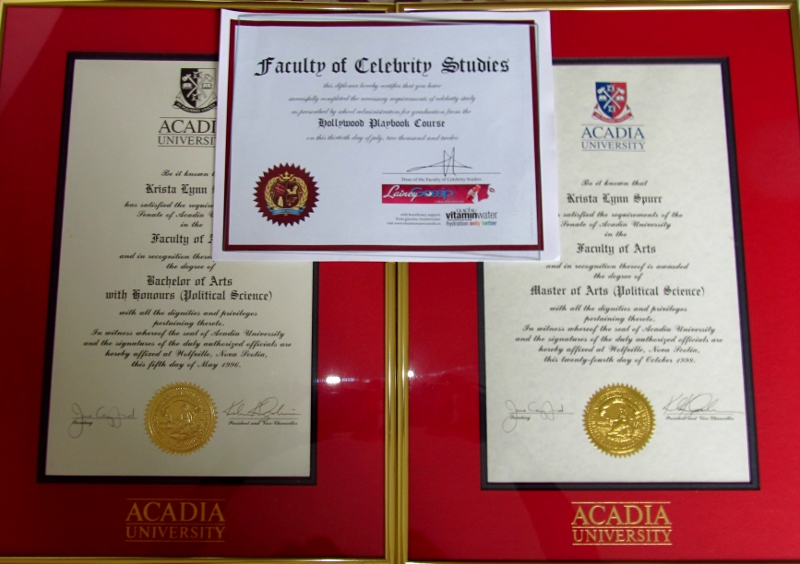 L-A & Ally: We totally took the day off for the long weekend. It’s Natal Day or Civic Holiday or something weekend, depending on where you are. For us, it’s cottage or Torontotime weekend. So thank god for interns.

Intern Krista: Friends, the ladybosses are on vacation and your Official Intern is subbing in for them. This is literally the inmate running the asylum. It’s been a great week, so let’s dive in, shall we?

School is in session! I joined Ally, L-A, Jill, and a bunch of other cool Haligonians at Lainey Gossip’s Faculty of Celebrity Studies for a cerebral discussion of celebrity gossip and what it says about us as a society. I have been calling it a “critical thinking approach to gossip” because I find it endlessly fascinating how the gossip sausage gets made. We had a great discussion, I got confirmation of a recent juicy rumour, and we all got diplomas at the end of the night. I’m going to frame mine and hang it with pride next to my other academic credentials.

The much-anticipated gossip throwdown between me and Ally didn’t materialize, but we had a lot of fun Googling sports-themed trash talk to hurl back and forth at each other. I also didn’t go for a picture with Lainey because, by that point, I had been sick for a week and looked like a bag of garbage.

Is this a thing? I ask because it’s a thing at my office. Like, suit-style with a matching jacket. They’re not short-shorts like Jane from Happy Endings or anything, but I’m baffled by how shorts can form a suit. 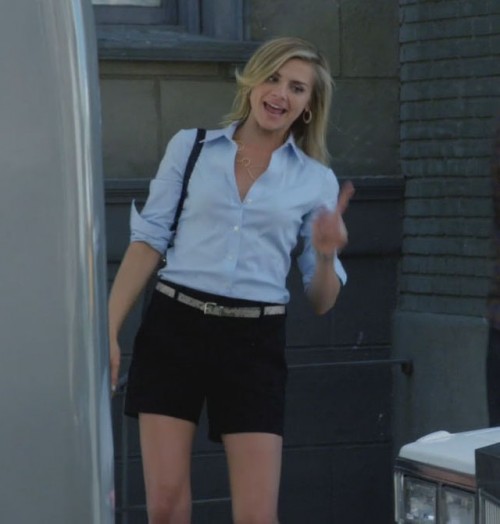 I don’t know why, but this summer I am obsessed with teal nail polish. It strikes me as being very beachy, but in a kitschy way, which is obviously the best way. Butter makes some ah-mah-zing polishes free of the bad stuff, available in Halifax at Wildflower Clothing. I’m seriously digging their teal, saucily dubbed “Slapper.”

I’m sorry to report it’s now over, but I hope you checked out the crazy clearance sale that’s been running on Matt & Nat over the past few weeks. I had five bags in my shopping cart at one point, which is nuts, even for me. In the end, I scaled it down to two, including this lovely handbag that will go into rotation this fall. I got it for less than half of the current website price. Yay for Intern Krista! 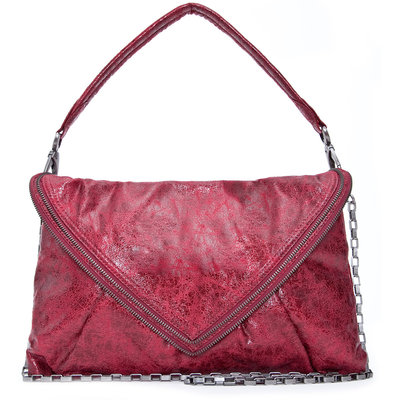 Lots of you with disagree with me, but this summer’s televised distractions are boring as hell. That’s why I went to the internet and found some great web series you need to get to know better. My favourite is Burning Love, brought to you by many of the people involved in Party Down, Childrens Hospital, NSTF:SD:SUV, and more of your favourite shows you don’t know yet.

The concept is simple: it tears The Bachelor a new one. 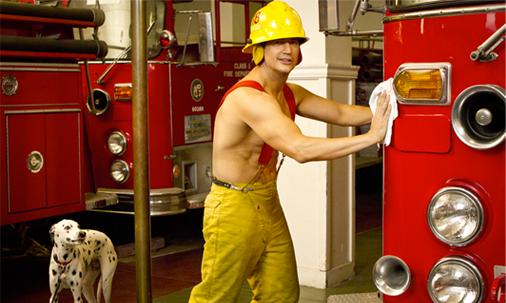 My second favourite web series is The Front Desk, featuring John Lutz (of 30 Rock and Saturday Night Live) as the poor bastard tasked with greeting random guests you will recognize from SNL, 30 Rock, and lots of other places. 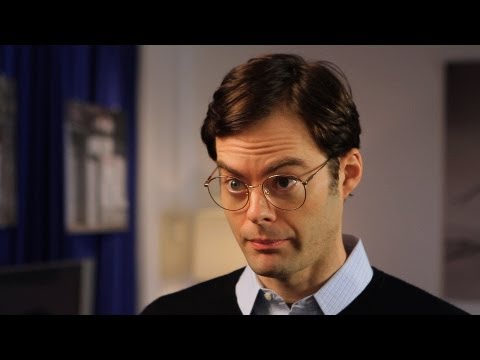 Go Canada Go! For being afflicted with sport-cluelessness, I’m a hardcore Olympics junkie. I mainline it in the morning before work, monitor for medal alerts during the day, and binge on it in the evenings. Since this is a fashion blog, I have to share my favourite style moment of the Games.

I’m a huge fan of the Opening Ceremonies, because, for most of us, it’s the only look we’ll get at most of the teams. Also, I’m a blubbering mess when there’s a country with a small number of Olympians bursting with pride just for being at the Games. I’ll take that over an emotionless medal winner from a certain Communist country or certain multi-medal athletes who shrug off “just” a silver or bronze.

The gold medal goes to Rodman Teltull, the flag bearer from Palau, decked out in an English-style suit for the occasion. Amazing. 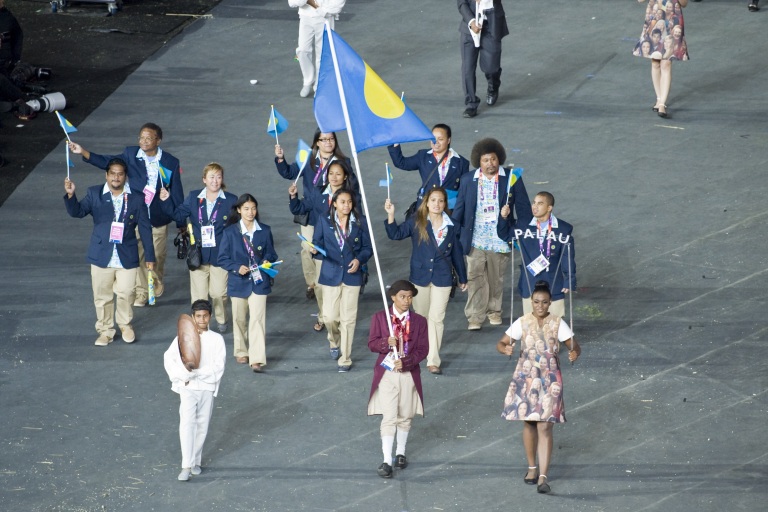 Awesome Listen of the Week

Since Ally is in seclusion, and L-A is in a different time zone, it’s up to me to contribute to your aural education. I took a look at the Billboard chart, and the only songs I would admit listening to were in my world six months ago, so I’m going to forego a musical recommendation in favour of a podcast recommendation.

You must, MUST, start listening to Janet Varney’s JV Club on nerdist. com.

Why is this essential listening? Great question. On every episode, Janet speaks with a fascinating female performer (and legendary newswoman Connie Chung!) about a wide range of topics and a lot of silliness. They always come back to how they grew up, survived awkward phases, and became awesome. I’ve been listening to them for about a week, and they’re like the best possible addiction. Also, I learned every single one of us is a geek or nerd in her own way. I couldn’t know less about parenting, but this seems like something I’d want teenage girls to listen to if they’re in need of evidence that everything’s going to be fine.

Dream guest: Hilary Clinton and/or Amy Poehler. Separate, together, or with the latter impersonating the former.

Crappy Pop Video of the Week

Sticking with the summer sports junkie theme, I offer up a slice of top-notch European cheese with Oceana’s “Endless Summer,” the official song of UEFA Euro 2012 football tournament. My beloved Spain won the whole thing with a flourish, while looking like sex on legs. Olé olé olé! 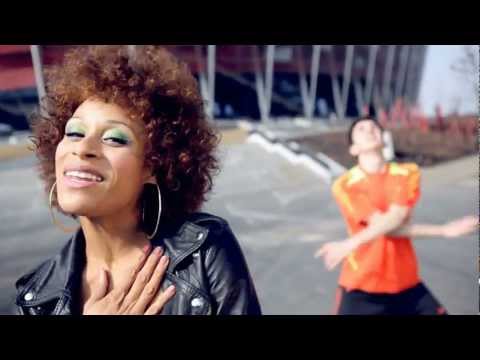 Have a great weekend, darlings, and if you’re enjoying a long weekend, have fun and play safe!