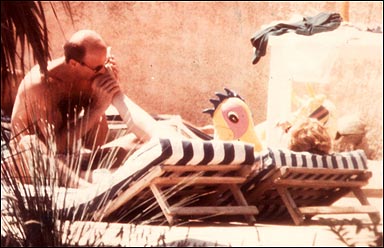 Ally: You’ve heard, yes? About the wedding? The Royal Wedding? Start rolling your eyes, because you can count me as one of the annoying people totally hyped up on the details.

I received a Facebook message from my dear friend, and FPQT reader, Jane reminding me of how we used to spend hours/days/weeks pouring over my grandmother’s Majesty magazines staring longingly at Princess Diana and wishing desperately that we would somehow establish ourselves as royalty someday. Just as when we played Anne of Green Gables, Jane would always make me be the lesser option (I was Diana to her Anne). In this case, Jane would always be Diana, Princess of Wales and I would be Sarah, Duchess of York. Jane was a whole year older, these were the cards I was dealt. Besides, she told me Sarah had a wicked personality, and I comforted myself with the thoughts that Jane’s Diana would have to lay next to Prince Charles each night while I would at least have a laugh with Prince Andrew (who seemed to know how to party, not that I really knew what that entailed at such a young age).

Plus, Sarah did fun stuff like this on vacations with rich Texan oil tycoons:

All this to say that Jane and I are ridiculously excited for the next royal wedding. We’re already making plans to wake up at 4am on the designated day this summer to sip mimosas and watch the proceedings. Our cottages are basically next door to each other, so we’ll make this happen. Trust. There might even be photos.

Favourite thing this week? Kate Middleton and her dashing blue dress (I feel dashing is a royally approved word):

Designed by London based Issa (I’m hoping that is the correct website, and that I did not just wake up my son with the techno beat welcome page music), the dress is spectacular. The waist? Are you kidding me? Love it. I’m also in complete awe of her perfect hair. Oh, I’ve said it before and I’ll say it again. I would cut that hair off and glue it on my head. I say that with so much love.

So, of course, I’m in line with the other royal-watcher-losers to wait in anticipation for her dress selection. Seriously, I’m so excited I could pee my pants. I’m also so tired that I could pee my pants (I’m on an hour sleep and the bathroom is so far away).

Due to said exhaustion, I’ll sign off with my crappy pop video of the week:

Ha! Ha! Ok, it’s not a video, but it’s so much crap. Neighbourhood Bestie Melissa and I are already talking about wearing our tackiest outfits and heading to the theatre to watch, flasks in hand. Stanley Tucci, WHAT IN THE NAME OF GAWD ARE YOU DOING?

Sorry for the fake-out, here you go:

I love this song. It could be about me and L-A, “My best friend Lesley says ‘she’s just being Ally’”.  I dedicate this song to my sleep. The sleep I so desperately miss. “

P.S. I totally downloaded Gwyneth’s version of “Forget You” and pretended to be her in my mirror.

L-A: Ugh. Cannot deal with the Miley Cyrus. This is par for course, but I’m also having a week with not a ton of sleep (my eye twitch is becoming a permanent thing), so I have even less patience. She sounds like she singing through a mouth full of marbles. I’d listen to Taylor Swift before her.

Like Ally, I’m going to seriously age myself by telling you that I was so enamoured with Princess Diana, I spent many an hour playing with these things:

source
Oh yes, I loved my Princess Diana paper dolls. My cousins and I were obsessed with her and her style. Of course, we were 7, so of course her frilly collars and bows appealed to us. We loved that shit. In the mind of Little L-A, there probably was no such thing as an excessive amount of ribbon. Not to speak ill of the dead, but Princess Di’s style is pretty dated. One look at it and you know it’s the 1980s. As I got older, I was less a fan of her fashion sense. It just didn’t work for me. Nothing personal, but our styles went in different directions after we both gave up on dresses with bows.  I’m wondering what will become of Kate Middleton’s fashions.  Right now, I am totally in love. For example, this white coat from a few years ago:
source
Love the coat. Love the boots. Love the hair.  I wish I could wear that coat. Alas, the only way I could wear a white coat would be to give up coffee or any coloured foods.  As it is, the following thought actually went through my head today: thank goodness this is a dark grey sweater. No one will notice that I just spilled coffee all over it. I wish I was kidding.  White coats + me = coffee coloured disaster waiting to happen.
But enough about me. Kate Middleton will soon be Princess Kate! Wheee! When I heard the news (or, non-news as Intern Krista calls it), I actually wondered if I could convince The Husband that we should visit our friends in England around the same time as whenever the wedding happens.  I may or may not have asked if we could buy commemorative plates.

I kind of love the British Royals Family. There’s something so delightfully over the top about royalty that I can’t help but love. Maybe it’s the hats and the commemorative plates (actually, these probably have a lot to do with it).
On a more serious note, one of our favourite people – Ben – is in the middle of a really awesome project with War Child Canada. He’s using his social media skillz for good as a part of the War Child Challenge.  He’s one of four folks participating in the challenge to raise awareness about issues like education, poverty, and women’s rights.  The successful challenger will travel to Ethiopia with War Child. You want to help Ben out? Read his posts (and the posts by the other challengers) and vote for him. Seriously. Just the idea of Ben in Ethiopia should be reason enough to vote for him.
And since I just spelled skillz with a zed, I decided to break out the Beastie Boys for a second week. Ally is going to HATE me.