L-A: Every time I start a new Friday post I need to take a minute to work Rebecca Black out of my head. It takes a lot not to open every Friday with a quote from that song. So just know, I’m saving you from it. And know that it’s rolling through my head every single Friday.

Anyway, let’s jump on in to the favourites!

I just discovered these videos and they slay me. Love them so much. I’m an unapologetic cat person to begin with – dogs are okay, but they’re not my thing – but those videos go above and beyond my love of cats. I love that they’re focusing on dudes as cat owners. Because I know dudes love cats – whether or not they’re willing to admit it publicly. Although, you get a lot of them on Tumblr. In fact, there are too many tumblrs of dudes with cats to link to all of them. (there really is a tumblr for everything). 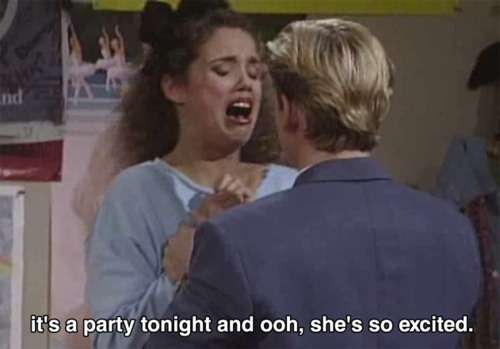 I apologize now for taking up roughly 30 minutes of your work day with that one.

I came across this video (again) the other day and had a bit of a swoon.

Shit. That’s amazing stuff. Not only has it sent me on a Buffalo Tom kick, but watching this as a grown up, you see there is SO MUCH happening in that scene. It’s not just swoony Angela and Jordan (although it’s a bit of that). It’s watching Brian’s heart break (although, don’t feel too bad. He kind of turned into a date rapist in college). It’s watching Ricky long to have what Angela has, but can’t (at least not right now) because he’s like two kinds of other. It’s…it’s everything that’s happening there. And it’s so nice to be reminded about how much I loved that show. Even if it kind of makes me want to dye my hair crimson glow and dress in plaid and docs. And I’m not actually kidding about that. I kind of do. This might be a winter of red box dye and a sad hairdresser.

Like I said, there’s been a lot of Buffalo Tom happening lately. And some Dinosaur Jr. And some Lemonheads. I think between the MSCL video and my week starting off with the PJ20 documentary on PBS (I am clearly a target audience these days on PBS. Which I don’t really want to think about), it’s not hard to see why I’m getting nostalgic and making a nod to the crispy Seattle weather by geeking out and finding covers of ‘Crown of Thorns’

As you may remember, I’ve been trying to make fetch happen with the friendship bracelets. Still going strong, but this bracelet…oh this one is a dream: 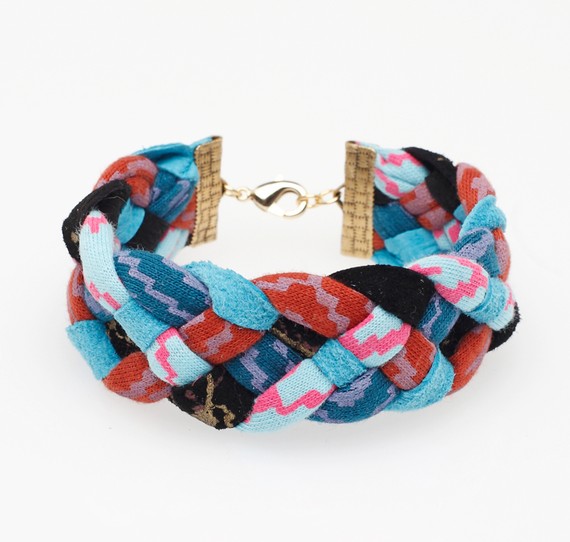 I totally want/need this bracelet and it’s going to go on my holiday wish lists (upcoming student loan payments mean I shouldn’t be buying jewelery. Even if it’s affordable). Because there’s no way I can properly over-accessorize without that sucker.

6. Books I’m dying to read (both YA and grown up books) 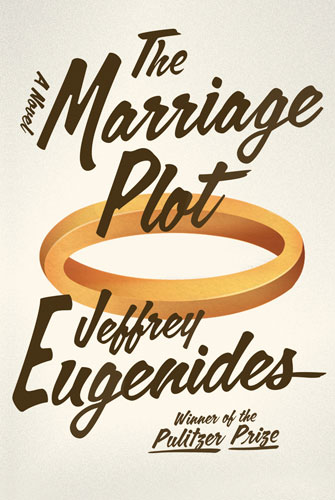 I am literally dying to read both of these books. You can guess which is the YA. But despite the mildly hokey name “Lola and the Boy Next Door”, Stephanie Perkins writes some might fine and enjoyable YA.  And the new Jeffrey Eugenides? Hot damn. I read an excerpt and fell in head over literary heels love. I love his books so hard. Virgin Suicides is one of those books (and movies) that just stick with you because it’s so beautifully written (and filmed. When you read/watch the book/movie close together, you can tell Sofia Coppola is a huge fan of the book). I’m trying not to race out to the bookstore and buy them (I have library holds) and I know once I have them it’ll be some serious lost weekends of reading and nothing but.

Speaking of Eugenides, here’s a Fun Fact About Ally & L-A!: we both named cats after characters from favourite books. I had a cat named Allie (or Allistair, aka, Best Cat Ever) after Holden Caulfield’s kid brother and Ally once had a cat named Cal after the main character in Middlesex (who survived a fall out of Ally’s apartment. He now lives with Intern Eden’s brother-in-law).

I’m recycling last year’s costume, but stepping up my game a little. I’m still stoked for another weekend of heavy eye makeup and wine drinking.

8. Drinking my way to a vacation.

NSLC is totally going to have Air Miles starting in February. This may be some of the best news I’ve had in ages. My plan? To drink enough wine to go to Napa with air miles for more wine. I call it the Wine for Wine plan.

I suck at this.  But you knew that already.  So thanks to Intern Krista who tweeted me this:

When in doubt, use Let’s Go to the Mall.

So here it is:

Ally can chastise me publicly later.