L-A: It’s October, so we’re back to editions instead of September issues. It’s also effing cold outside (how is it that I was  born and grew up in Eastern Canada? I’m clearly not built for winter), which means the return of heavier coats. Which is a good thing/bad thing. And probably a thing for Hates/Favourites. So let’s start:

I totally woke up with this in my head today. Which is totally unfair. It wasn’t even a jazzy scotch soaked Sammy Davis Jr. version from the mid-80s. Oh no. It was totally the Nitty Gritty Dirt Band playing it in my head. No matter how many times I listened to Arcade Fire or Jenocide today, Mr. Fucking Bojangles found his way back in.

Not cool, universe. Not cool.

2. Shows I hate were totally picked up for a full season. 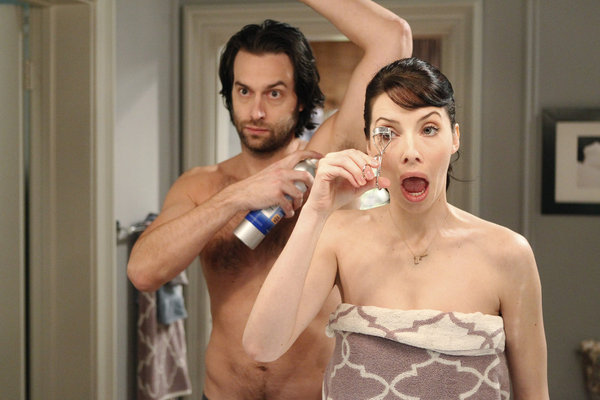 Who the fuck uses aerosol deodorant?

Honest to my Jesus, I don’t even know why this happened.  I’ve ranted about this before, so I’ll spare you the details of why this is killing me. But seriously NBC? You dick around with my favourite shows (FNL) and you cancel shows with promise (Southland), but you pick up Whitney for a full season? Because yes. The world needs stale caricatures filmed in front of a live studio audience. And 2 Broke Girls was also picked up. Which leads me to believe that Whitney Cummings is in cahoots with the devil himself. And by golly, the devil is loving every minute that we are forced to endure these shows.

3. There is a knot in my shoulder and a cramp in my foot.

Why I don’t book a massage already, is beyond me. I hurt. The foot thing is totally a case of wearing flats too often. I need to up my game and wear heels more often. I was standing around at an even this evening in what were no more than a 2″ heel and when I took them off and changed back into flats I ended up getting a toe cramp that feels like your entire foot has seized up.  Time to start walking to work in heels.

Je n’aime pas. I guess this means I need to start wearing socks. Tights I have been rocking, but socks I’ve been holding out on.

I saw Jenocide play at Gus’ Pub, which is pretty much one of the most hipstery things I’ve ever done, but it was amazeballs. 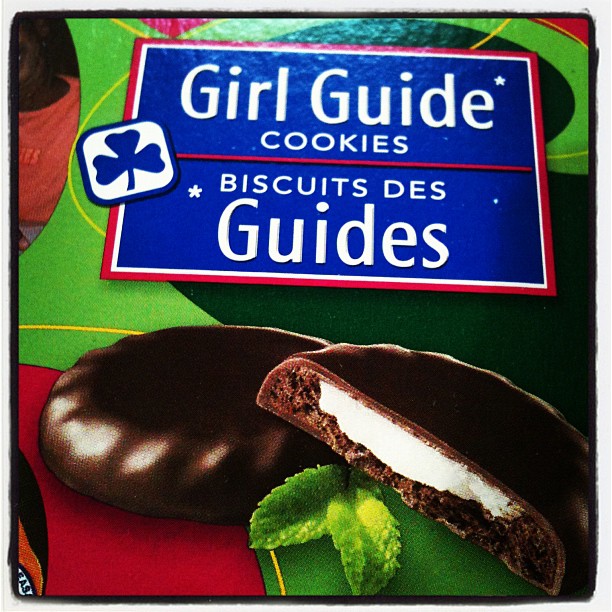 Oh yes. Thin Mints have hit the streets bitches. And someone in my office has a Girl Guide. I’ve already signed up for a box of classic GG cookies in the spring.

Just broke out the adorbs J.Crew coat from last winter! I think I need a cute new hat. And maybe some more scarves. I hate cold, but I do love what I get to wear when it’s cold outside. If I had an unlimited source of cash money and closet space, I’d have one hell of a coat collection. And I’d have them in every colour but white or cream (because as nice as that’d be, let’s face it, I need something to camouflage the coffee stains).  I think I wan a new peacoat in my life. Something classic and classy. Something like this one by Band of Outsiders: 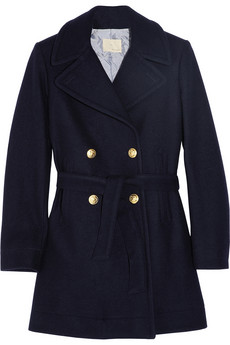 I don’t live in Calgary, but whatevs, this looks like it’d be worth the plane ticket there: 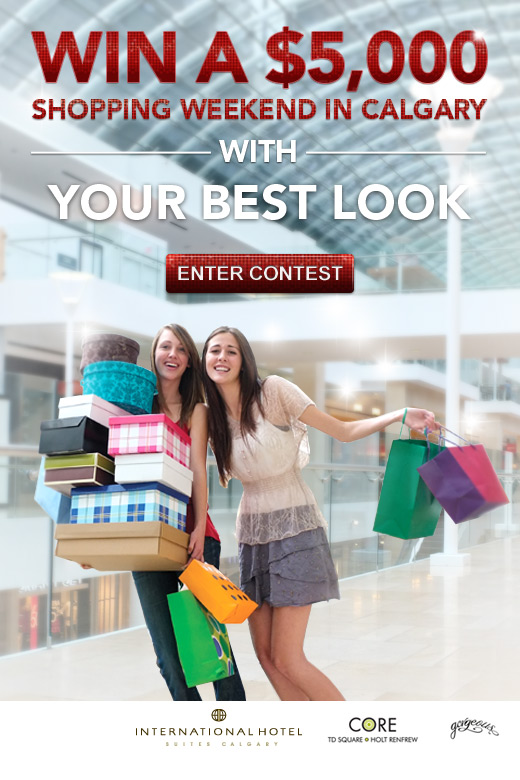 What does one buy in Calgary?* Cowboy boots? Like real ones, the kind Tammi Taylor can rock? 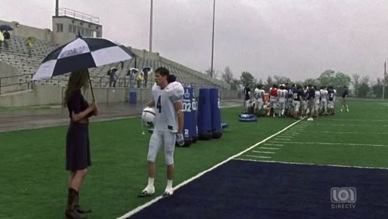 I have no idea, but I’m willing to figure it out for $5k.

*apologies to Calgarians for my lack of knowledge about y’all. My experiences in your city are limited to the following, all circa 1998: Stampede, fancy mini-donut machines at Stampede, buying an old skool boxy teal MEC fleece jacket, Lilith Fair, thinking a sarong and birkenstocks was a good idea.

Ally and I are checking it out. We’ll report back. But we got asked to visit and so we are.

6. My suggestion for crappy pop video:

I was emailing Anthony this evening and thought of this video: 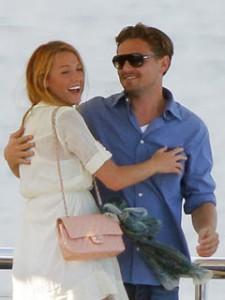 I pray I will never again have to write, “Leo and Blake on a Boat”

You see, people, I’m not that good with The Internets. L-A and I couldn’t figure out why WordPress hated me so much. It wasn’t until she asked which search Internet thingy I used (Explorer) that we discovered the reason I couldn’t post videos (No, it wasn’t The God of All Good Musical Taste that took away my posting rights). Now that I am blogging with Firefox, I can post crappy videos again! Whee!

Do you know what’s funny? Just after I wrote that Firefox crashed. Maybe there is a God of All Good Musical Tastings. Shit.

Anyway, my next Favourite thing is L-A’s husband. No, it’s not what you think! We’re not spending time together listening to Britney Spears (although he does appreciate my hots for Eminem more than his wife). L-A’s Le Husband is helping me with my professional website set-up. Therefore, The Crappy Pop Video of the Week goes out to him: