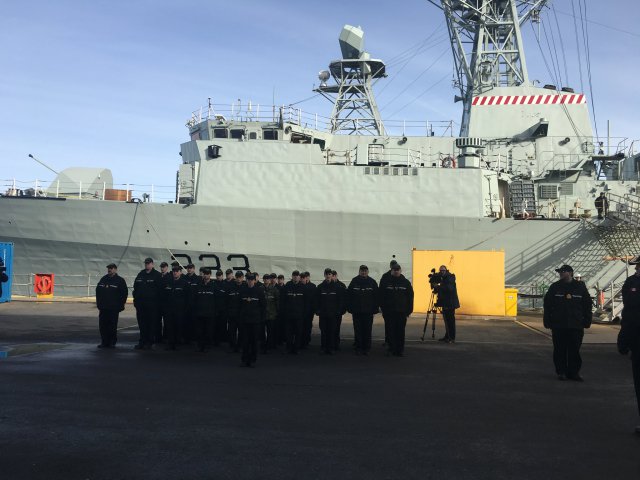 HMCS Toronto was handed back to the navy this morning – the 7th and final Ship to go through the FELEX program at Halifax Ship yards. HMCS Fredericton is the first FELEX’d ship to see overseas deployment, and is currently serving with Nato in Europe.

HMCS Halifax was the first ship to complete the Upgrades, Being handed back to the navy in January 2013.