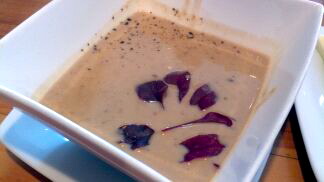 Share
Since I deprived Mitch of his Fid Resto Pad Thai earlier in the month, I planned a Saturday brunch later in the month to make up for it.  After a good run in the am, we got ready for a day of good food, booze and sunshine – you know, those days when you just wanna get ‘day drunk’!

When we got to Fid, we ordered two muddy gin Caesars and reviewed the menu.  Obviously, he had PT on the brain, but I – like I always do – wanted eggs, so I chose the Fisherman’s Breakfast w/ smoked salmon and potato rosti.  I forgot my phone so the image quality of these pics isn’t fantastic, but you’ll get the ‘picture’.

The bean soup was fantastic.  Who knew lima beans could be so tasty?  The broth was creamy and rich with a velvety mouthfeel. Served with the soup was one of Fid’s crumpets; a little morsel that’s just perfect for dipping. 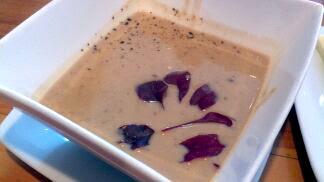 The soup was served with Dennis’ delicious crumpets 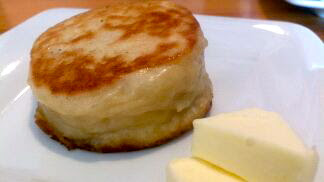 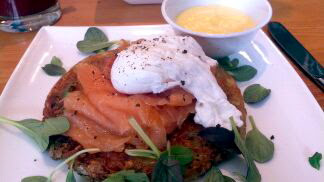 I had the Fishermen’s Breakfast, which was one of my favourites in Halifax.  With an uber-crispy, savoury potato cake topped with luscious smoked salmon and a poached egg cooked to a medium, all the textural elements were there to please my palate.  I asked for the Hollandaise sauce on the side, into which , I dunked every other bite.  In order to add a bit of greedy to the meal, we also ordered the Simple Salad, which is simple to be are, but with a playful element of popcorn to garnish. 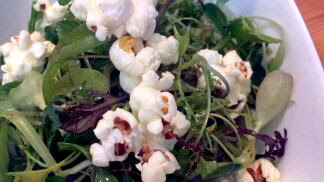 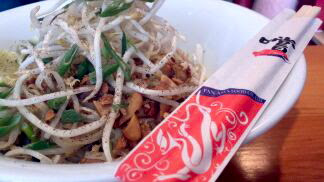 Mitch had the Pad Thai, which was perfect.  With tender noodles, crunchy toasted peanuts, crisp bean spouts, egg, scallions and cilantro, this dish is a good balance of hearty comfort food and fresh food.

But the best part of this blog is the great news that I have to share!  Fid Resto is now doing ‘back-door take-out!  They’re offering just the one dish – the Pad Thai – but at just $10 a pop for the full serving (as compared to $14 in-house), it’s a great deal! 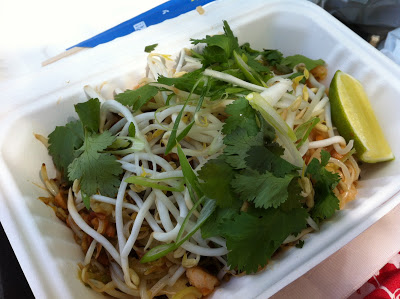 We picked up some drinks and settled in on a sunny park bench in the Public Gardens and muched happily away for the better part of an hour.  With that food, the entertainment of a motorized toy boat show, and the background music of a brass band playing in the bandstand, it was a pretty sweet (and cheap) afternoon! 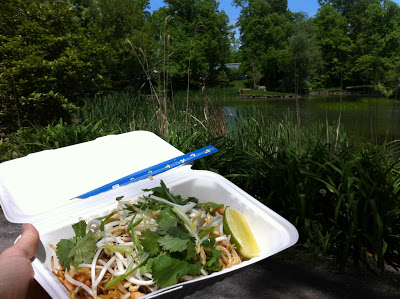