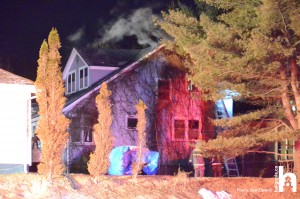 A night time fire on Braeburn Rd off Purcell’s Cove Rd brought out a heavy response from first responders.

A call originally came in regarding a home just off the main strip showing signs of thick smoke coming from the rear of the building. First trucks on scene quickly ran lines and quickly called in more trucks to assist, leaving 8E (Bedford) and 13 station (who responded, then fell back for cover) to cover off for active trucks. EHS stood by and HRP maintained traffic control and security for the scene. 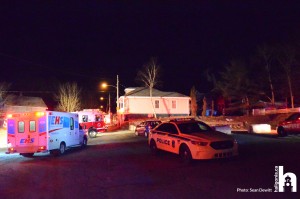 At this time, the cause of the fire is unknown. Investigators have been called to the scene as crews are slowly being released from the now beat down fire. it is unknown if there were injuries but it is believed the home was empty at the time of the fire.

Wel will update the story when the fire investigation results are released. 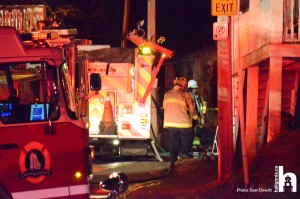