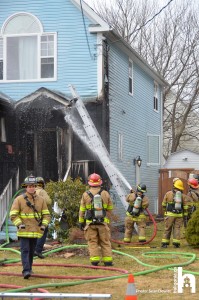 A late morning fire in Cole Harbour has badly damaged part of a home.

Fire crews responded to Silistria Dr near 10am for a report of a porch on fire. They were able to quickly contain the blaze and in less than an hour had begun packing gear and releasing trucks.  But beforehand fire crews searched the area for hot spots, seen hosing some areas near the front as a precaution. 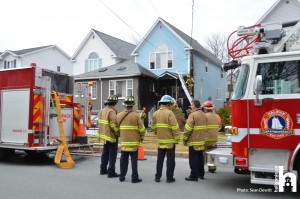 The fire was contained to the front area of the home, with extensive damage to the patio and door area.

RCMP had part of the road closed as EHS stood by. NSP was also called in to cut power to the home.

There is no immediate cause for the fire. No injuries were reported. 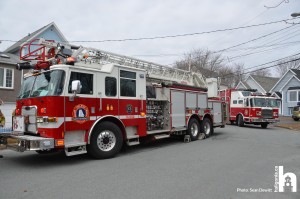