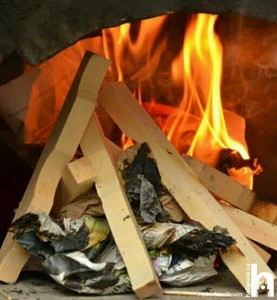 The province has had a no-burn ban in place for the Halifax region since last Friday (June 24). And yet HRFE 911 dispatch operators received 64 complaints of illegal burning over the weekend (the majority of which were called in after 7 p.m. on both Friday and Saturday night).

All 64 of those complaints are currently under investigation by HRFE Fire Prevention Officers. If charges are warranted, offenders can face a $412 fine for the first offence.

When a no-burn ban is in place there can be no wood burning of any kind. The ban also extends to the use of chimeneas.

It should also be noted it is always illegal to set off consumer fireworks in the municipality without a permit. Municipal Bylaw N-200 (Noise Bylaw) states, “the detonation of fireworks or explosive devices not used in construction or quarrying” is prohibited at all times.

For more information on how to get a fireworks permit from the fire department, visit the Halifax Regional Fire & Emergency website.

During the wildfire-risk season (April 15 to Oct. 15) the provincial Department of Natural Resources will declare what level of burning is allowed for various jurisdictions across Nova Scotia. The province has created a website (www.novascotia.ca/burnsafe) with an accompanying colour-coded map that is updated every day at 2 p.m.

The map depicts three restriction levels: Green (burning allowed after 2 p.m.); yellow (burning allowed after 7 p.m.); and red (no burning at any time) depending on the risk level in various parts of the province. The onus is on citizens to check the map to determine if it’s safe to burn in their area. It should be noted that all burning in the municipality has to cease at midnight, regardless of the restriction level. This is different than the province-wide timelines, which allow burning until 8 a.m.