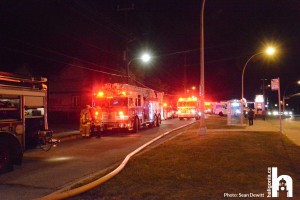 Fire crews responded to 254 Victoria Rd in Dartmouth in the evening of September 24th for reports of a fire in a unit in the small apartment complex. 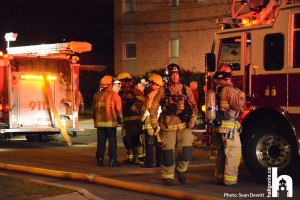 Trucks from Dartmouth as well as two from Halifax responded to the evacuated building and quickly ran lines inside.  Crews checked the building for extension and remained on scene for some time, slowly releasing trucks as the area was deemed safer. 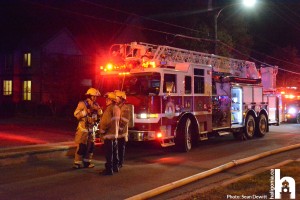 HRP were on scene for security and Transit provided a bus for residents to take refuge in.

Investigators were called to scene and discovered the origin of the fire to have been in the kitchen of a unit.  The cause however remains undetermined as the ignition source could not be isolated. 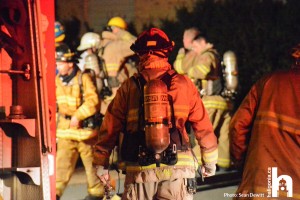 During the course of the fire, there were two injuries reported. 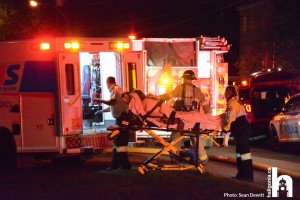