I originally reviewed Phil’s Seafood in 2013. You can read that review here or I can sum up that post for you now: “It’s pretty good, I guess”. The most disappointing part of that meal was the fries, which I described as “hand-cut but under seasoned”. People would continue to recommend Phil’s to me, saying “I always get it with the spinach salad”. So I vowed that I would one day return to Phil’s to try the fish ‘n salad.

I returned yesterday for the first time in over 3 years, and I ordered a regular sized Fish & Spinach ($9.95). This is substantially more costly than the Regular Fish ‘n Chips ($6.95) (which is a great deal, by the way) but the spinach salad came recommended so here I was. The server asked if I would like a little plate of fries with it as well, so that was an unexpected bonus! 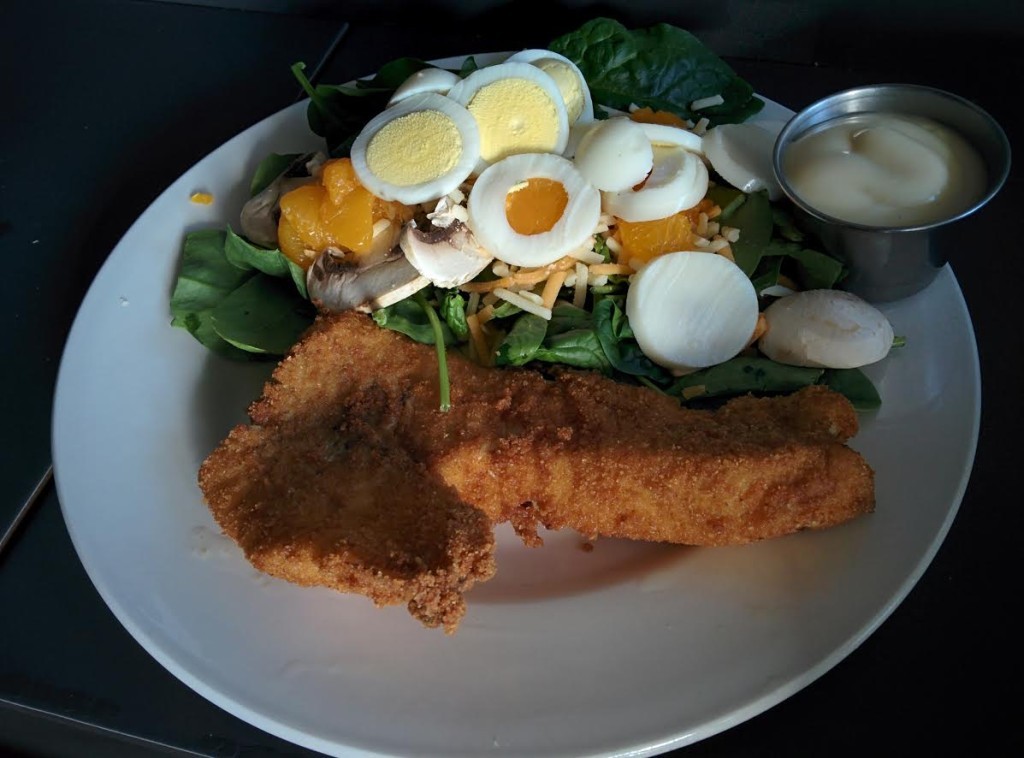 As for the spinach salad, it was an old school preparation: boiled eggs, sliced mushrooms, canned tangerines, and waxy pre-shredded cheese came atop a bed of spinach. The honey Dijon dressing was served on the side. I didn’t care for it – but that is rather subjective.

The most pleasant surprise was the French fries, which were nothing like the batch I sampled 3 years ago! These were hand-cut, seasoned, crispy and potatoey. Yay!

The fresh and flaky fish was the star of the show, and the best supporting role was the crispy breading. It was thin and lightly seasoned, allowing the flavour and texture of the fish to shine through the fat fried carbs. This is not a greasy dish, and when paired with a salad it actually seems sorta wholesome.

LuShark ordered the Seafood Platter ($12.80) which comes with 20oz of shrimp, 20oz of scallops, 1 piece of haddock, fries, coleslaw and seafood sauce. 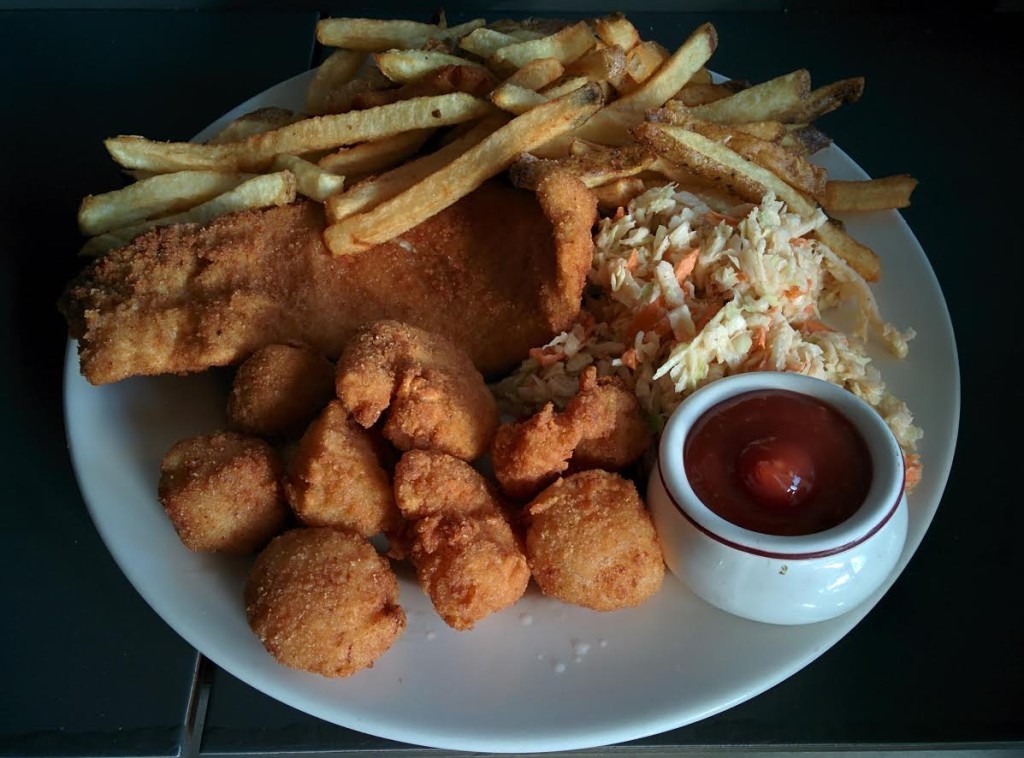 This dish has the addition of breaded and deep fried scallops and shrimp. The shrimp were plump and tender, with their tails removed. The scallops were likewise tender and not at all over-cooked. LuShark didn’t care for the flavour of the coleslaw, which was a dry style with a peppery cabbage kick. I thought it was fine, but didn’t care for the tangy tartar sauce with its yellowish tinge. However, we did appreciate having bottles of tartar sauce and malt vinegar brought to the table.

I was much more impressed with this visit to Phil’s than on my last encounter. The fries were much better and I am more practiced in my appreciation of fresh, quality fish. While I think the atmosphere leaves a bit to be desired (I like sunny patio fish ‘n chips) I still consider Phil’s to be an upstanding Halifax institution serving up a quality product.