It’s a new year and a clean slate – and a brand new to be read pile! I think I find selecting the titles for the January titles to watch for post the hardest — all that anticipation for a new year makes it difficult to narrow my list to just five.

But these five seem up for the challenge… 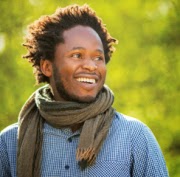 Ishmael Beah’s first book Long Way Gone was a bestselling memoir of his experiences as a child soldier in Sierra Leone. Seven years after that book’s publication he returns with his first novel, also set in his home country, but this time looking at post war life.

“Benjamin and Bockarie [are] two longtime friends who return to their hometown, Imperi, after the civil war. The village is in ruins, the ground covered in bones. As more villagers begin to file back, Benjamin and Bockarie try to forge a new community by taking up their former posts as teachers, but they’re beset by obstacles: a scarcity of food; a rash of murders, thievery, rape, and retaliation; and the depredations of a foreign mining company intent on sullying the town’s water supply and blocking its paths with electric wires. As Benjamin and Bockarie search for a way to restore order, they’re forced to reckon with the pain of their past and the uncertainty of their future. With the gentle lyricism of a dream and the moral clarity of a fable, Radiance of Tomorrow is a powerful novel about preserving what means the most to us, even in uncertain times.” You can follow Ishamel Beah on Twitter at @IshmaelBeah.

Highly Unlikely Scenario, or a Neetsa Pizza Employee’s Guide to Saving the World: a novel (M)
by Rachel Cantor (January 14)

I am admittedly a bit of a sucker for a book with an overly convoluted title. It’s a gimmick that is sure to catch my eye, although the tale itself has to win me over if it’s going to get more than a passing glance and this one did it with its zany take on … well I’m not even sure what:

“In the not-too-distant future, competing giant fast food factions rule the world. Leonard works for Neetsa Pizza, the Pythagorean pizza chain, in a lonely but highly surveilled home office, answering calls on his complaints hotline. It’s a boring job, but he likes it—there’s a set answer for every scenario, and he never has to leave the house. Except then he starts getting calls from Marco, who claims to be a thirteenth-century explorer just returned from Cathay. And what do you say to a caller like that? Plus, Neetsa Pizza doesn’t like it when you go off script. Meanwhile, Leonard’s sister keeps disappearing on secret missions with her “book club,” leaving him to take care of his nephew, which means Leonard has to go outside. And outside is where the trouble starts.” The early reviews cite an impressive number of comparisons to well loved authors–Kurt Vonnegut, Italo Calvino, Douglas Adams– this one will be great for readers who enjoy wit, philosophy and a little bit of science fiction. Follow the author on Twitter at @rachelcantor.

This slim debut novel is a powerful story of a young person struggling between family expectations and personal truths.

“At birth, Peter Huang is given the Chinese name juan chaun, meaning powerful king. He is the exalted only son in a family of daughters, the one who will finally fulfill his father’s dreams of Western masculinity. But Peter has different dreams: he knows that he is a girl. Peter and his sisters — elegant Adele, shrewd Helen and Bonnie the bon vivant — grow up in a house of many secrets, then escape the confines of small-town Ontario and spread from Montreal to California to Berlin. Peter’s own journey is obstructed by playground bullies, masochistic lovers, Christian ex-gays and the ever-present shadow of his father.” The Canadian author splits her time between Vancouver and Seattle. You can follow her on Twitter at @SKIMFU. 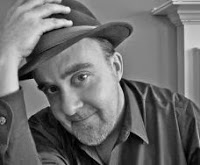 Fans of gripping mysteries will want to make note of this title, the third in series of books featuring David Loogan, a mysterious man living in Michigan trying to escape his violent past. Rather than a continuation of the series so far, this book is a prequel to the first book in the series, Bad Things Happen.

“On a rainy night in April, a chance encounter on a lonely road draws David into a romance with Jana Fletcher, a beautiful young law student. Jana is an enigma: living in a run-down apartment and sporting a bruise on her cheek that she refuses to explain. David would like to know her secrets, but he lets them lie—until it’s too late. When Jana is brutally murdered, the police consider David a prime suspect. But as he sets out to uncover the truth about Jana, he begins to realize he’s treading a very dangerous path—and that her killer is watching every move he makes.” You can follow the author on Twitter at @Harry_Dolan.

If you’ve spent the last few years watching everyone else read Scandinavian fiction but just aren’t that interested in thrillers, you may find this new book published in Canada by House of Anansi of interest.

“From one of Denmark’s rising stars, a powerful and profound novel about a young boy and his father who live at the margins of society, until one day their adventure takes an unpredictable turn. 1986. Swedish Prime Minister Olof Palme has been assassinated, and a young boy and his father are on the move again. Travelling from Sweden to the outskirts of Denmark and into the heart of Copenhagen, the two live an unconventional life, constantly on the move and living on the margins of society. The father, an eccentric, restless man, takes a series of odd jobs, from making antique furniture, to landscaping, to working as a bouncer at a strip club. By day he home-schools his young son. At night he weaves a fairy tale about a prince and a king who are on a mission to kill the wicked White Queen, while running from the White Men who hide in plain sight.One day, their adventure takes a dark, unpredictable turn. Ten years later, when the boy is just entering adulthood, questions about his father’s murky past can no longer remain unanswered. An unforgettable novel about the profound love between a father and son.”

Five Fiction Titles to Watch For in January
https://haligonia.ca/five-fiction-titles-to-watch-for-in-january-87414/