I Love Your Laugh: finding the light in my screwball life
by Jessica Holmes 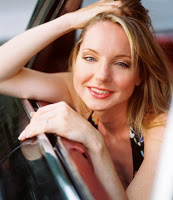 “In this hilarious memoir, Jessica Holmes, a fan favourite on the hit shows The Holmes Show and Royal Canadian Air Farce, offers her witty observations on everything from her eclectic upbringing by a right-wing, Mormon father and a feminist mother, to her experiences as a missionary in Venezuela, to her own trial-and-error adventures in childrearing. Delving into personal experiences never discussed before, Holmes reveals her struggle to find laughter off-stage and spins comedy gold from her fumbles. The combination makes for an inspirational, heartwarming, and thoroughly side-splitting treat” – Publicist

Yoga Bitch: one woman’s quest to conquer skepticism, cynicism and cigarettes on the path to enlightenment
by Suzanne Morrison

“Suzanne Morrison was a coffee drinking, cigarette smoking, steak-eating twenty-five year-old student about to move to New York City when she decided it was time to get in touch with her spiritual side and travel to Bali for a 2 month yoga teacher training program. She envisioned herself in flowing all-white yoga clothes and meditating to enlightenment on the mud floor a thatched hut. And of course, she would move to New York, more beautiful, serene, and spiritually in-tact than ever.

But things don’t go quite as she expected them to. Once in Bali, Suzanne is faced with ant infestations, teachers who believe their kitchen appliances are possessed by spirits, and fellow yogis who, every morning, drink a large, steaming mug of their own…urine.

Yoga Bitch chronicles Suzanne’s hilarious adventures and misadventures of her trip as an aspiring yogi who might be just a bit too cynical and skeptical to drink the Kool-Aid. Along the way she transforms from a young girl with an irrational fear of death to a more mature woman who, while she may not have it all figured out, has found some peace and even some insight into this chaotic world. “- Publisher

I Totally Meant to Do That
by Jane Borden

Jane Borden is a hybrid too horrifying to exist: a hipster-debutante. She was reared in a proper Southern home in Greensboro, North Carolina, sent to boarding school in Virginia, and then went on to join a sorority in Chapel Hill. She next moved to New York and discovered that none of this grooming meant a lick to anyone. In fact, she hid her upbringing for many years–it was easier than explaining what a debutante “does” (the short answer: not much). Anyone who has moved away from home or lived in (or dreamed of living in) New York will appreciate the hilarity of Jane’s musings on the intersections of and altercations between Southern hospitality and Gotham cool.

On the Outside Looking Indian: how my second childhood changed my life
by Rupinder Gill 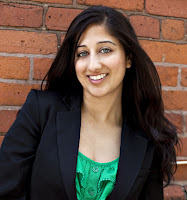 “There’s a phenomenon in Amish culture called Rumspringa, where Amish adolescents are permitted to break free from their modest and traditional lifestyles to indulge in normally taboo activities. They dress how they want, go out if and when they please, smoke, drink and generally party like it’s 1899. At the end they decide if they will return and join the Amish church.

“I am 30 years old. I wore my hair in two braids every day until I was 12. I dressed more conservatively than most Amish, barely left my house until I was 18 and spent the last 12 years studying and working hard on my career like a good little Indian girl. The time has come; you are witness to the dawning of my Indian Rumspringa, a Ram-Singha if you will. But instead of smoking and drinking Bud Lights in a park while yelling ‘Down with barn raising!’ I plan to indulge in a different manner — by pursuing everything I wish had been a part of my youth. Things I always felt were part of most North Americans’ adolescent experience. I will learn to swim, go to summer camp, see Disneyworld, take dance lessons, have sleepovers and finally get the pet I longed for my whole life.”- Publicist

Roseannearchy: dispatches from the nut farm
by Roseanne Barr 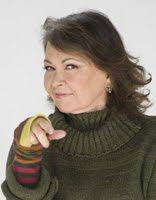 “Once upon a time, there was a woman named Roseanne. She had a show that changed the face of television. She also did some very crazy things, like marry Tom Arnold and write a not-exactly-true book about incest in her family. She railed about many issues over the years and got a reputation for being a badass, though in this book, she bemoans the fact she really has a flat ass. Her show never really went off the air (reruns!), but most people eventually forgot about Roseanne. Well, she’s back, and because she’s now old, as she tells you many, many times, she has much wisdom to impart in her still raucous, laugh-out-loud, black-humored voice.

As she sees it, dear reader, she’s the roller coaster, and you, having paid for the ticket, are just along for the ride, which shoots up and down between her Jewish upbringing in Mormon Utah, her weight losses and gains (mostly gains), her deification as a saint of the lower middle class, and her vilification as the woman who ruined The Star Spangled Banner (she apologizes a million times; she was just trying to sing good!). But mostly, she wants to tell you what she’s learned through religious studies, meditation, and kabbalah, which pretty much boils down to being kind to each other. But nobody says it funnier, with more heart and more oomph. Crazy like a fox” – Booklist