I LOVE old pictures. These are daguerreotypes circa 1855. They are from the George Eastman Collection I find them fascinating and mysterious.Who were they???? I want to know their stories.This woman in the above picture looks so sad. Here she is ... 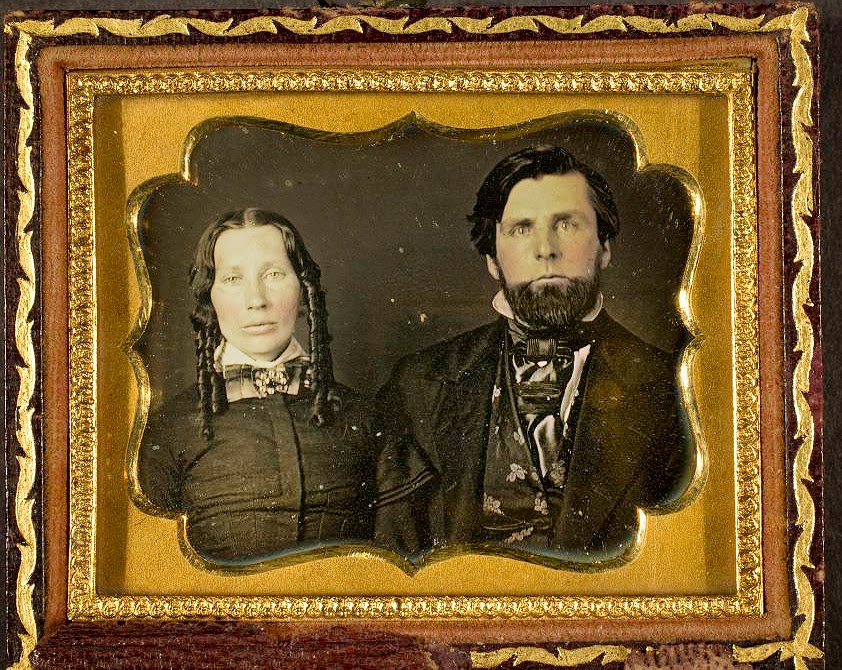 I LOVE old pictures. These are daguerreotypes circa 1855. They are from the George Eastman Collection I find them fascinating and mysterious.Who were they???? I want to know their stories.This woman in the above picture looks so sad. Here she is a bit closer, such an interesting face. What was their relationship like. Did he love her? Were there children? When she smiles does she have a little gab between her two front teeth? She is gazing at  us across the centuries. What would she think if someone had told her that in 160 years, people around the world would be looking at this picture and wondering who she was….. 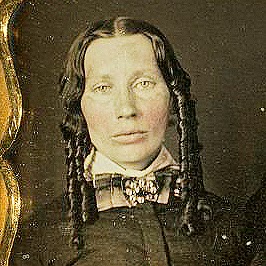 What were the reasons behind having their picture taken. It was expensive and needed an appointment. Was it for a special occasion or to send to someone? The woman in this picture next to the man…is she his mother? Wife? She looks like she might be blind or did she just keep her eyes closed. Perhaps it is his wife behind him. What did he do, where did he live? Did they have jolly meals around the table? 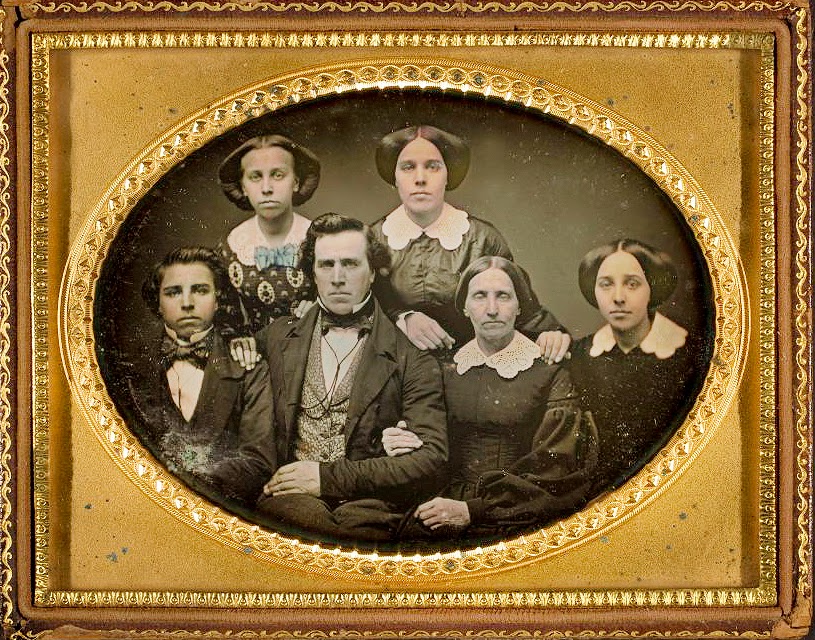 Here’s one that is quite interesting. A pose you would never see today. I’m assuming they are brothers.One quite a bit larger than the other. 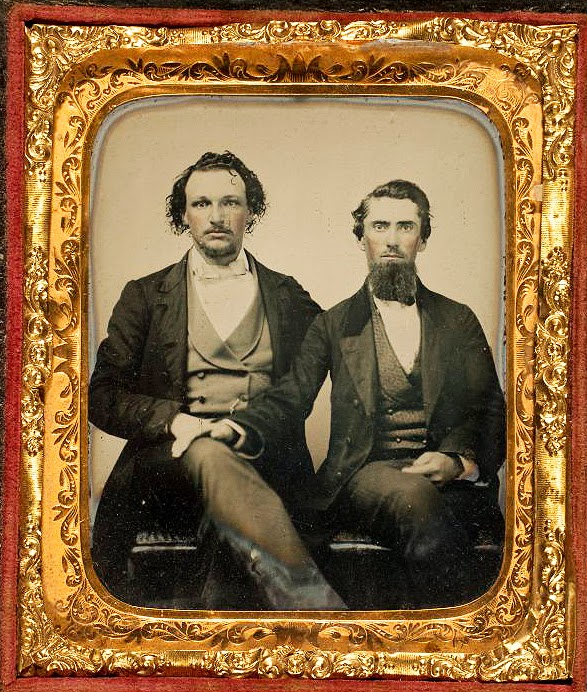 Seven women. All trussed up in those crazy corsets. Who are they? Why the photo. Drives me crazy sometimes wondering. Imagining. 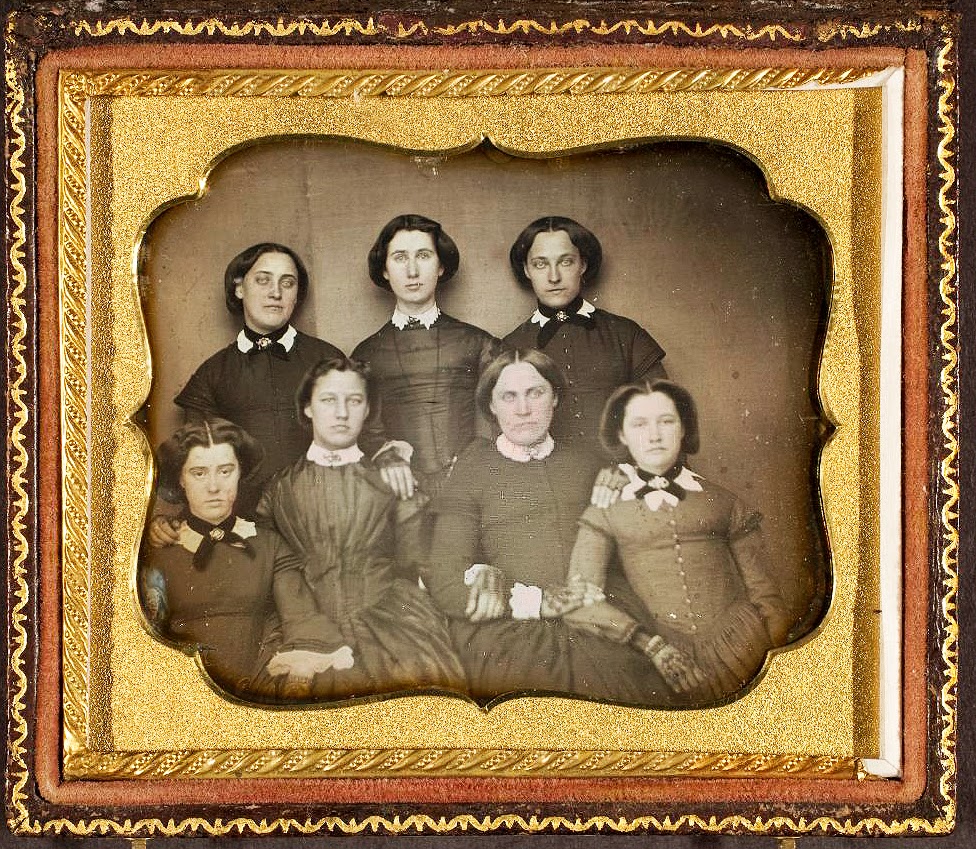 Moody little girls. Was one of them having a tantrum just before this was taken? The lack of expressions always gets me. I realize that the long exposure is friendlier to a still face but it is eerie. I hope they both lived long lives and died as old ladies with grandchildren and great grandchildren surrounding them. The last one. Wow, such a strong face and attitude. To me he looks like a worker or prospector that came into some money and wanted to have a picture taken for his gal. Wild hairdo. This guy had some style:) 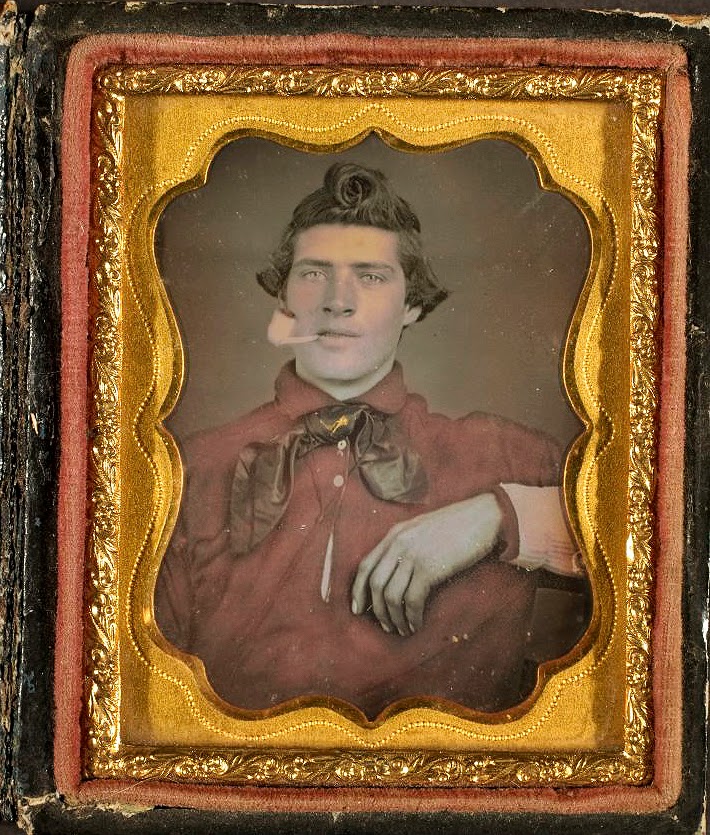