Happy Canada Day! 🙂 I’m deep in boxing the nail polishes for the move but thought I would share tidbits about a palette that I rushed to order. 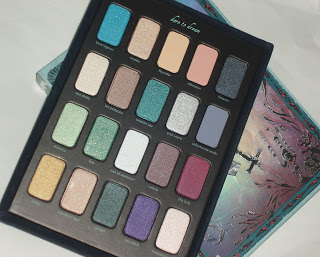 Like most of you, I jumped on Sephora website the day this Ariel Storylook palette became available.

Just got it last week and have been playing around with a few shades.

Since so many YT’ers have already swatched the palette, I will only show you some looks I did, as a way to tell you how I feel about the eyeshadows.

The reviews I saw, some raved about the palette, some wanted to return it, so I need to decide if it is worth the money, for me. The beautiful packaging already gets an A, not an A+ cause it is a little bulky to travel with. 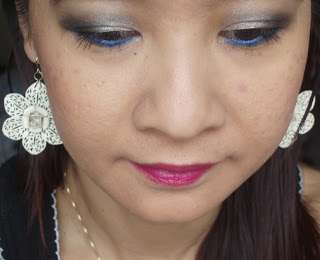 This first look was done with:
– Jetsam (middle of the last row) in the crease
– Ursula (second from the right, third row) to blend
– Treasures Untold (bottom right corner) in the inner half of the lids
– Flounder (middle of first row) on the brow bone.

These four colours worked out well together, I didn’t have anything to complain about.

I used CoverGirl Flamed Out eyeshadow pencil in Ice Flame (baby blue) as a base. On the lower lash line was Marcelle Waterproof eyeliner in Electric Blue, and finished up the look with Maybelline Color Sensational lipstick in Fifth Ave. Fuchsia. 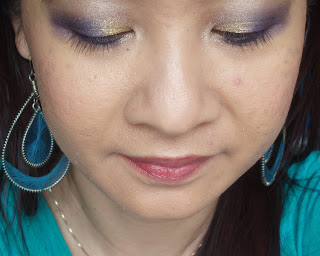 Look #2 included Triton and Sea Witch (first and middle of the last row) on top of Maybelline Color Tattoo in Bad to the Bronze, and Scuttle (second from the left, first row) on the brow bone. Sea Witch was also used to set the black liner on the lower lash line.

Sea Witch takes a bit of building up for it to show up as purple as it looked in the pan. Triton has quite a strong dose of shimmers, I wouldn’t recommend it for work. Scuttle is not matte like Flounder, so it is not as good of a brow bone highlight shade.

All in all, I like the colours in the first look more. On the lips was Revlon Super Lustrous Shine lipstick in Rich Girl Red, not a red by any means but is good for everyday.

Did you get this palette? Do you like it?