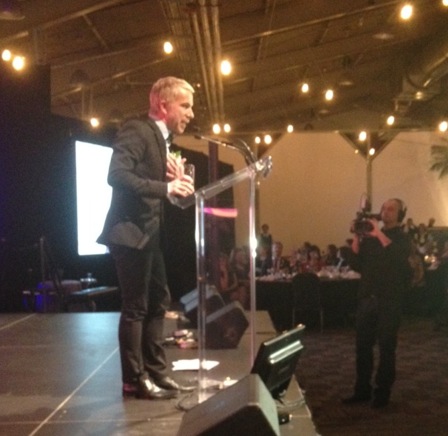 Fred Connors throws his hat into the mayoral race

The Halifax mayoral race has got itself a new candidate.

Well known local entrepreneur and television personality Fred Connors announced on Thursday night that he would run for HRM Mayor.  He made the annoucnement as he accepted an award at the Courage to Give Back Awards at the Cunard Centre.

"I've been involved in my community for a very long time and I care very passionately about the community that I live in and HRM as a whole" Connors told CTV News.

"I think that I have a lot of ability, a lot of passion, a lot of energy to look at other communities in HRM to really see where they're struggling, care about what these communities care about, and see that we can get some real change happening in Halifax."
Connors gained national attention for his battle with the city over the right to raise chickens in the urban core, which was widely supported by the community.
His campaign's Twitter account (@fredforhrm) and campaign website, http://fredconnorsforhrm.tumblr.com/ were also launched.
The surprise announcement sent the local Twitterverse into a frenzy, here's a snapshot of what they had to say.
2012-01-20
Haligonia.ca