Friday Favourites: the May 30th edition

It’s been quite a year. Here’s hoping the next one involves more blog posts and less apologies from us. In the spirit of that, let’s talk things I’m loving this week, which is mostly movies. Because summer is all about the following for me: movies, mojitos (or drinks of that variety) and twizzlers. I really wish there was a way to alliterate that.

Movie Number 1: Because everyone in this is amazing

I’m not one for all-star casts, mostly because of those dumb giant ensemble movies (“Valentines Day” “New Years Eve” “Pancake Day…okay last one isn’t a movie, but should be. I may need to learn to write movies).  But this? This I believe I can get on board with. I mean, it stars just about everyone who is awesome, including Connie Britton’s hair.

Movie Number 2: Because you know what? I miss Rom-Coms.

What happened to Rom-Coms you guys? I loved them. I really did. I think that time they paired Katherine Heigl with Gerard Butler, they broke Rom-Coms. Not Heigls fault. Say what you will about her, but she can be delightful in a rom-com. But greasy Butler as a romantic lead? No. Just no. Then again, I probably would not have cast Daniel Radcliffe as a lead, especially when he looks sort of pale and sickly, but whatever. I will watch this and I will enjoy this.

I’m pretty sure she’s outfitted by Anthropologie and it totally pulls themes from the Greats (When Harry Met Sally). It’s not like we haven’t already explored the theme “can men and women just be friends” a million times, but you know what? Let’s explore it again! And let’s make more Rom-Coms while we’re at it! (Actually, this is what Mindy Kaling should be doing. I want to love her show, but it’s a total swing-and-a-miss for me, so now I want her to put her energies into a Rom-Com Renaissance).

It’s going to get messy and embarrassing. I ugly cried at the book and I never cry at books. I think I will have to go by myself and bring a box of tissues and sob.

Stay tuned for next week when I discuss the possibility of an asymmetrical hair cut (I don’t mean to alarm my hairdresser, but I’m thinking about this a lot lately).

p.s. you know what? I really, really love movie trailers. I may love them more than actual movies. Is this weird? 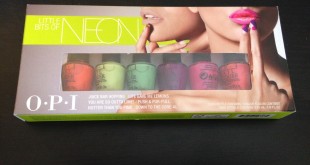 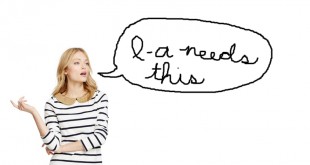 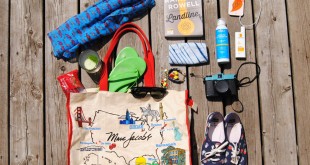 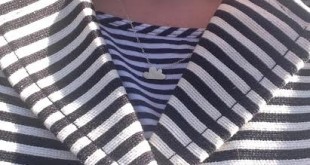 LA: So, I get it. Nautical stripes are a thing we’re all addicted to. But I think I’ve reached maximum stripe you guys. It’s isn’t just the tops anymore. And I’m pushing my matchy-ness into early-Betty Draper... 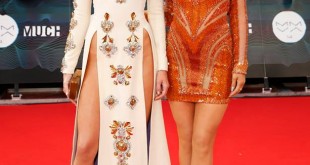 I Have Concerns: Kylie or Kendall Jenner

L-A: To be honest, I’m not sure which Jenner is which (I’m still iffy on 75% of the Kardashians as well) and this is just one of the many signs I’m Of A Certain...