[I’m away in NYC so I’ll keep this intro short. This next guest is a local freelance writer and MSVU alum like me. Check out Halifax Magazine for an interview she did with me among others in the June issue.]

I moved to Toronto in 1989 to study journalism at Ryerson University. The week I arrived I listened to a first-person account on CBC Radio One by a man who’d moved back to Halifax after living six years in Toronto. His chief complaint about Toronto was that you didn’t get an unobstructed view of Lake Ontario when you drove along the Gardiner Expressway the way coastal drives in Nova Scotia afford spectacular views of the Atlantic Ocean. I barely heard the rest. I just kept thinking—six years! I could not imagine living in Toronto for so long. I thought I’d be back in Halifax right after I graduated in three years.

Well, it took 18 years. In 2007 I finally made the move back home. True, it didn’t work out exactly as I’d planned, but life happens that way sometimes and I had valid reasons for staying put. I found a magazine job in Toronto at a time when no Halifax media outlets were hiring. Then I met a guy, bought a house, got married, had a couple of kids and on it went. I wouldn’t say I was trapped but I was rooted in Toronto, happily so. But I always had the itch to move back.

Leaving Toronto was complicated. I wasn’t the same 19-year-old who’d moved there with one suitcase. I was leaving a job I loved, a home I’d painstakingly renovated, a wonderful group of friends and the city’s best neighbourhood—Bloor West Village. Harder still was uprooting my husband, who’s not a Maritimer and who had a successful Toronto-based business, and our kids, who had started school, joined sports teams and clubs, and made their first best friends. There were days when I was packing that I lay on the bed and cried with anxiety, doubt and guilt.

Moving back wasn’t easy. But has it been worth it?

I left the salaried working world to go freelance, unaware that everyone in Halifax operates using connections. After 18 years away, on a professional level, I had no connections. It’s taken time to establish myself as a writer and editor locally but I feel good about how far I’ve come—hey, I’m guest blogging on East Coast by Choice! I’ve also found time and inspiration to complete a few creative writing projects and will begin my Master of Public Relations degree this fall. These accomplishments would have been impossible in my hectic Toronto life.

Most of my family is still here. I was damn glad to be in Halifax when my dad needed triple bypass surgery two summers ago. My children have a close relationship with their grandparents, and an aunt, uncle and cousin they barely knew previously. Holidays now are packed with people, great food and laughter.

I live in a much more spacious home, that’s both minutes from downtown but far enough away that I regularly spot deer in my front and back yards. The kids walk to school by themselves, and after, climb trees in the small woods on our property. It’s truly idyllic. When I want to go downtown, I have lots of old and new friends who love checking out Halifax’s shopping, restaurants and arts scene. 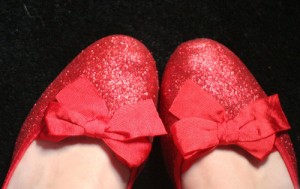 My husband’s still running his business from Toronto, commuting regularly and not complaining much when he gets fogged in or out of Halifax. He may have had the most difficult adjustment but seems completely content to be a come-from-away. It was he who pointed out, on this past Sunday’s family bike ride through St. Margaret’s Bay and on to Hubbards Beach, that even if such breathtakingly beautiful scenery existed in Toronto the road to get there would be so congested it would be impossible to enjoy it.

From Halifax to Toronto and back: my journey home
https://haligonia.ca/from-halifax-to-toronto-and-back-my-journey-home-16556/