Quite the surprise yesterday morning, waking up to find out that Future Shop has basically ceased  to exist. It started with me hearing of a 7am meeting at the Dartmouth Crossing Future Shop, the staff was informed that the store was closing effective immediately.

Quickly as the hour progressed it became evident that Bayers Lake and Bedford had suffered the same fate.
After all the dust settled it turned out Best Buy had decided to close 66 stores nationwide and convert 65 others to Best Buys. The only surviving NS  FutureShop is Sydney where it will open in 2 weeks as a Best Buy. Staff will be receiving 12 weeks severance but that is still 500 FT and 1000 PT workers coast to coast that became unemployed. Best Buy will honour Future Shop Warranties and gift cards.

Checking in with the other national closure, Target. Bayers Lake, Mic Mac and Sydney are scheduled to close before Good Friday  and Bedford is done the week after ending Targets short life existance in Nova Scotia.

The Wolfville Pete’s Frootique is also on the cutting block, set to close at the end of May. Word is that they just couldn’t establish a consistent customer base. There is still plans to build a new store in Rockingham as part of the Motherhouse redevelopment project beside Mount St. Vincent. 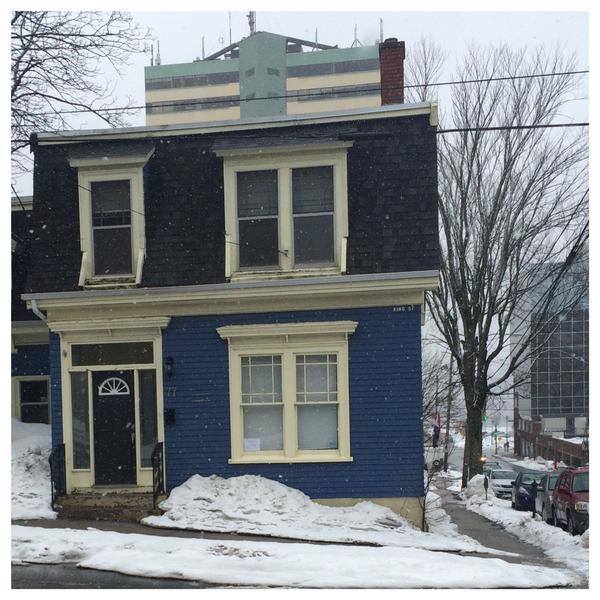 Future home of Humble Pie . They moving into a permanent home on King @ Ochterloney. More tasty everyday eats for Downtown Dartmouth I do love their savoury meat pies!

The company that owns Ricki, Bootlegger and Cleo also said yesterday some stores as part of a credit restructuring, will be closing but no particular details as of yet.

Barber News: Brad has left Sailor Bups and is opening Scallywags on Chebucto next week, I know where I’m going for my next cut. If you like that old time Barber Shop look, but in a pre-packaged franchised mall model . Tommy Guns is opening in Mic Mac 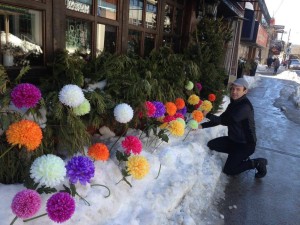 The Folks at La Frasca decide to brighten up Spring Garden

Bikini Village who was in bankruptcy trouble has been purchased by La Vie en Rose. Plans are to keep most stores open including Halifax Shopping Centre.