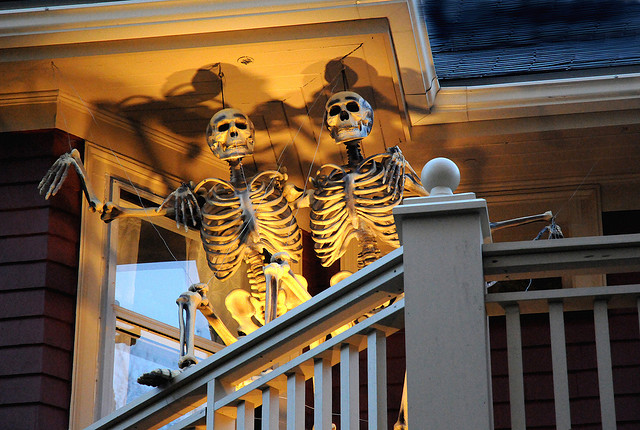 Halloween is almost here! I noticed that these guys are back again. They are in a different pose this year so I must pop by with my camera. Fun huh? I’ve got a pumpkin to carve but no skeletons to arrange:)
Love this holiday. As a child I remember the excitement and slight apprehension the night would bring. Unescorted, we would race door to door, trick or treating and within no time at all would be sweating, overheated and out of breath in our costumes. There was mystery in the air. A feeling of mischief. Lots of people about and you were never sure if that big person in the giant sheet was a friend or maybe someone sinister. Everybody was out on the streets and nobody looked familiar. Remembered warnings of teenagers that soaped windows and trailed toilet paper and people that did bad things kept us moving and made the night all the more appealing.

Word would get out that the blue house on the corner was giving out caramel apples and we would run over there before they were gone (back in the days when people did homemade treats), then the white house was giving out fake teeth and off we would go again. It was exhausting and thrilling. Our bags would get so heavy, our arms would be dragging, our make-up would be smeared and running or the inside of our masks dripping and slimy, costumes stepped on and ripped, pieces missing….it was all part of the fun. Staying out late and asking for treats at random houses, the best!

Then home we’d finally straggle and the sorting and comparing and trading began. Mom looking over things to make sure no razor blades were hidden. ( sad but true:) A week or two later, Halloween kisses, those sticky, chewy molasses candies would always be the last to go. I didn’t really like them but ate them anyway because they were my last link to Halloween…..and…. they were candy.
Do any of these memories trigger yours? 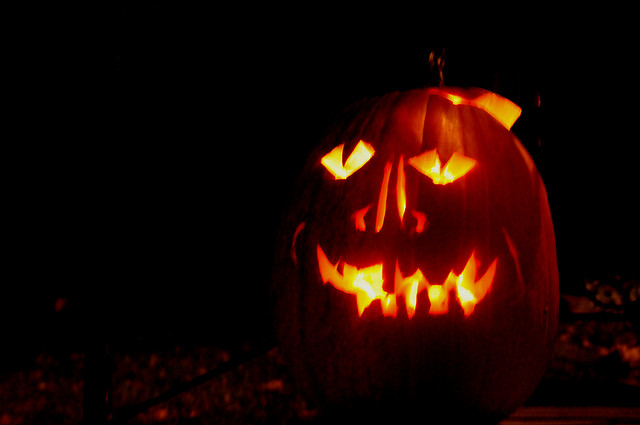