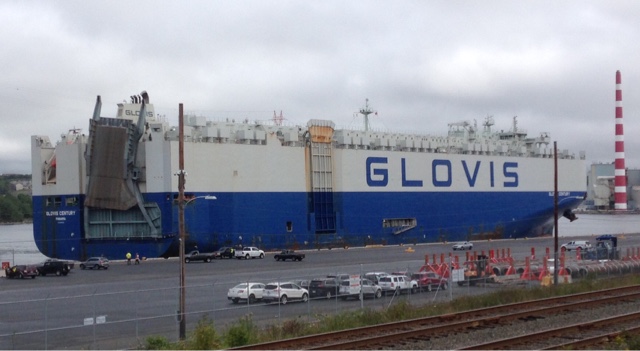 In what I believe is a first, a Pure Car/Truck Carrier has tied up at pier 9. The Glovis Century arrived, rotated 180 degrees and tied up. She is likely unloading project cargo or heavy equipment.

Autoport is occupied as is pier 29/30 where car carriers normally tie up.

UPDATE: Looks like she was unloading Cars. No word on how they are moving off the pier – The On dock rail is blocked by parked cars, so they are either being trucked or Driven off. 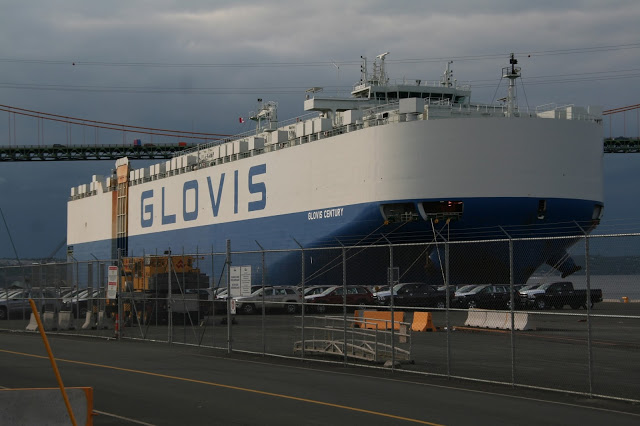 Glovis Century ties up at pier 9 - and unloads cars
https://haligonia.ca/glovis-century-ties-up-at-pier-9-and-unloads-cars-111540/