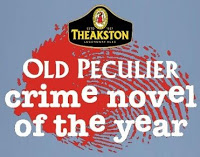 This is the ninth year of the Theakstons Old Peculier Crime Novel of the Year Award. The award, run in partnership with WHSmith, was created to celebrate the very best in crime writing and is open to British and Irish authors whose novels were published in paperback over the previous twelve months.

“In a Glasgow post office one week before Christmas, Martin Pavel cowers on the floor, his eyes locked on those of a terrified child. Above them, a masked gunman wields an AK-47 while the boy’s grandfather calmly volunteers to help the robber gather the money. Then the old man stands passively, hands by his sides, as the gunman raises the barrel and shoots him to shreds. Recently returned to work after the birth of her twins, DS Alex Morrow is called in to head the investigation. Why did the grandfather offer his help? Was it a noble act of self-sacrifice, or did the old man and his killer share a dark past?” –  Publisher 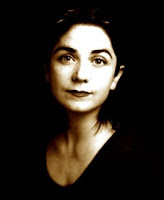 “I’m really quite flabbergasted. This was such a hard book. I really love this book and it means a lot other people appreciate it as it could have crashed and burned. I’m so delighted and so glad to have another gigantic ostentatious award in the shape of a Theakstons beer barrel that I don’t have room for on my mantelpiece!.” Denise Mina

The remaining shortlist titles in our collection:

“At the start of Neville’s accomplished third thriller featuring Belfast Det. Insp. Jack Lennon, Galya Petrova, a 19-year-old Ukrainian girl, kills Tomas Strazdas, brother of notorious Lithuanian crime boss Arturas Strazdas, in self-defense. When Tomas’s body turns up near the harbor with that of a wounded harbor cop, it’s just the beginning of the carnage. Bent on revenge, Arturas instructs his men to find and kill Galya. The action shifts between Jack’s investigation into Tomas’s murder and the frantic flight of Galya, who had been sold into prostitution by the Strazdas brothers’ front company that allegedly employs immigrant laborers. Jack also gets on the trail of the hit men under Arturas’s command, who are cutting a bloody swath across the city, as well as the dirty cops in his own department. When Galya’s would-be rescuer turns out to be a greater threat than the Lithuanian thugs, Neville slowly ratchets up the tension-and the violence-until each page practically twangs with suspense” – Publisher Weekly

“Three couples meet around the pool on their Florida holiday and become fast friends. But on their last night, their perfect holiday takes a tragic twist: the teenage daughter of another holidaymaker goes missing, and her body is later found floating in the mangroves. When the shocked couples return home, they remain in contact, and over the course of three increasingly fraught dinner parties they come to know one another better. But they don’t always like what they find: buried beneath these apparently normal exteriors are some dark secrets, hidden kinks, ugly vices… Then, a second girl goes missing. Could it be that one of these six has a secret far darker than anybody can imagine?”–Publisher

“When Rob Hale regains consciousness after crashing his motorcycle, he finds himself in the middle of a mystery. Lena, the young women who was with him on the cycle ride, has gone missing, leaving no signs of her existence, with authorities questioning the accuracy of Rob’s memory. But Rob finds an ally in London private investigator Rebecca Lewis, who’s been summoned by Rob’s mother after the apparent suicide of his sister, Laura, just weeks earlier. Together Rebecca and Rob uncover a dangerous labyrinth of cover-ups and corruption that proves to have links to Laura’s secret life and puts their lives at risk. Rob Hale is a plumber, an Everyman who begins to trust no one as he becomes an inadvertent but canny player in an operation with extremely high stakes. Ewan, author of the Good Thief series of lighthearted capers, adds depth in this much more serious stand-alone, set on the Isle of Man, his home turf. With its well-structured plot, crisp dialogue, and moral ambiguities, this is a compelling mystery that could win him new fans.” – Booklist

The Lewis Man (M)
by Peter May

“A perfectly preserved body is recovered from a peat bog on the Isle of Lewis. The male Caucasian corpse – marked by several horrific stab wounds – is initially believed by its finders to be over two-thousand years old. Until they spot the Elvis tattoo on his right arm. The body, it transpires, is not evidence of an ancient ritual killing, but of a murder committed during the latter half of the twentieth century. Meanwhile, Fin Macleod has returned to the island of his birth. Having left his wife, his life in Edinburgh and his career in the police force, the former Detective Inspector is intent on repairing past relationships and restoring his parents’ derelict croft. But when DNA tests flag a familial match between the bog body and the father of Fin’s childhood sweetheart, Marsaili Macdonald, Fin finds his homecoming more turbulent than expected. Tormod Macdonald, now an elderly man in the grip of dementia, had always claimed to be an only child without close family. A lie that, Fin will soon discover, Tormod has had very good reason to hide behind. ” -Publisher

A Dark Redemption introduces DI Jack Carrigan and DS Geneva  Miller as they investigate the brutal rape and murder of a young Ugandan student. Plunged into an underworld of illegal immigrant communities, they discover that the murdered girl’s studies at a London College may have threatened to reveal things that some people will go to any lengths to keep secret… Unflinching, inventive and intelligent, A Dark Redemption explores a sinister case that will force DI Carrigan to face up to his past and DS Miller to confront what path she wants her future to follow.

Gods and Beasts by Denise Mina is the 2013 Theakstons Old Peculier Crime Novel of the Year
https://haligonia.ca/gods-and-beasts-by-denise-mina-is-the-2013-theakstons-old-peculier-crime-novel-of-the-year-80628/