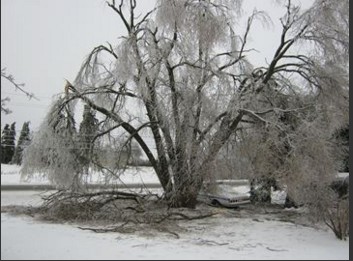 In the Spring of the year, even warm air masses can bring wintry weather.  The ice cover in the Gulf of St. Lawrence helps keep the temperatures at the surface below freezing when winds blow from the northeast.  Even though it is raining aloft, a cold layer near the surface results in the rain either: 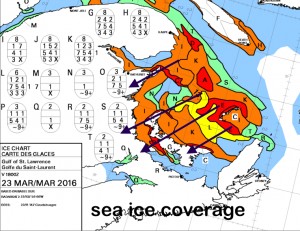 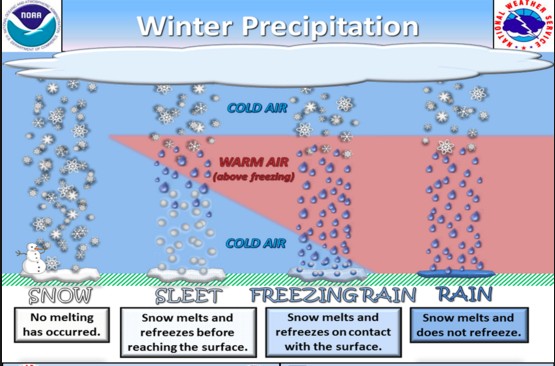 This situation is moving into the Maritimes on Friday, which will result in extended periods of freezing rain.  Environment Canada has issued freezing rain warnings for central New Brunswick and western Prince Edward Island; and a Special Weather Statement for northern Nova Scotia, Cape Breton, central and eastern PEI and southern New Brunswick.

Light snow will begin tonight in western sections of the Maritimes.  On Friday, roads could be slippery in the early morning anywhere in the Maritimes.  As the morning proceeds, winds will shift to the southwest, change the precipitation to rain in Nova Scotia.  This wind shift will take place in the afternoon or evening in southern New Brunswick, PEI and Cape Breton.

The persisting northeast flow over the central part of the Maritimes has the risk of a substantial ice build up on roads, trees, and wires.  This will impact road and air travel, and threaten power lines, resulting in outages.  Luckily, the winds are not expected to be too strong out of the northeast. 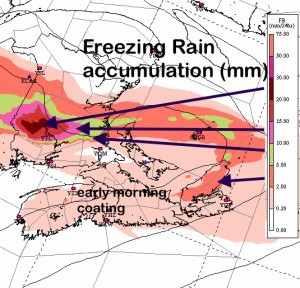 In Northern New Brunswick, snow and ice pellets will accumulate, and a snowfall warning has been issued by Environment Canada. 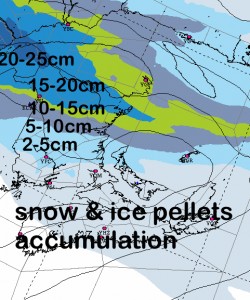 Those with travel plans, especially into Cape Breton, PEI, or New Brunswick, are best to avoid Friday.  The rest of the Easter weekend looks fine.

Another system will move in Monday night into Tuesday… need to pay attention to northeast winds once again.