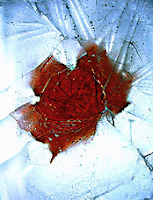 As many know, and many others have blogged about already, Google launched it’s “Wave” service, coming soon to a browser near you. The death knoll was sounded for Microsoft. Again. Yawn.

So I’m not going to babble on about the clash of industry titans and who may win. Who can really know? Nor will I go on about features and what it can do technically. While that’s all very nice, what really got me with Google Wave was in fact that it is an Absolute Zero service.
What you say, does that mean? Good question.
Social Media tools and services have done so well for a very basic reason: They reduce the transaction cost of communicating to almost zero and ease “group tension.”
The more a Social Media tool reduces the transaction cost, the more it is accepted in business and society. Such as Hotmail in 1997 (email in general), blogging in 2005, Facebook in 2007 and Twitter in 2009 and so on.
Google Wave hit’s about as close as you can get to a zero transaction cost; in one spot you can collaborate in ways never before possible. Since you would need to engage several apps to achieve an organized function. That meant several programs and multiple windows open. Not anymore.
The one challenge of Social Media tools remains that you must be connected to the Cloud, either with a computer or mobile device. The limitation of mobile devices is screen size when it comes to something like Google Wave. But to me Google Wave brings the cost of transaction between members of a group or a network to almost zero.
That is impressive.