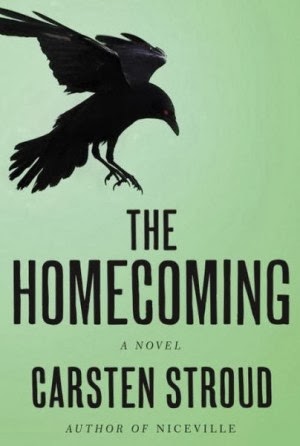 The Homecoming (M)
by Carsten Stroud

“Somewhere in the American South, there is a town where something is very, very wrong.

A place where malicious men may die, but malice…never. Kate and Nick Kavanaugh (lawyer and cop respectively) take in young Rainey Teague, whose parents have died under mysterious circumstances. Rainey is a handful. Well, actually, Rainey is turning out to be someone–or something–downright scary: a shape-shifting time-bending little boy who will have to resist being taken over by “Nothing.” Will Kate and Nick be able to save him? Will the mirror they have kept up in the attic ultimately be their downfall? When more disappearances start to happen, where do they turn? No one can explain what is happening, but everyone knows that their sleepy, peaceful town, Niceville, is turning out to be anything but nice.”

The Libertine (M)
by Saskia Walker

“Lennox Taskill is a dissolute rogue, a powerful witch who some say even trades his enchantments for profit when it pleases him. His only loyalty is to his coven, his disdain for humanity sealed by the searing memory of his mother burning at the stake. So when the wife of a wealthy landlord comes seeking his help, the beguiling Chloris Keavey unwittingly presents Lennox with his greatest opportunity for distraction – and retribution. By failing to produce an heir, Chloris faces a terrible threat: being turned out by her heartless husband. Now, she vows to get with child, even if it means surrendering her body and soul to Lennox’s seductive magic. But with a witch hunt brewing, Lennox and Chloris are soon risking everything for their forbidden nights of ecstasy – and to protect the secret that could cost them their lives”

“Jonah Miller is a Reviver, able to temporarily revive the dead so they can say goodbye to their loved ones–or tell the police who killed them. Jonah works in a department of forensics created specifically for Revivers, and he’s the best in the business. For every high-profile corpse pushing daisies, it’s Jonah’s job to find justice for them. But while reviving the victim of a brutal murder, he encounters a terrifying presence. Something is on the other side watching. Waiting. His superiors tell him it’s only in his mind, a product of stress. Jonah isn’t so certain…. The first novel in the Reviver trilogy, Reviver is sure to appeal to fans of Dean Koontz and Justin Cronin.”

An Inquiry into Love and Death (M)
by Simone St. James

“In 1920’s England, a young woman searches for the truth behind her uncle’s mysterious death in a town haunted by a restless ghost. Oxford student Jillian Leigh works day and night to keep up with her studies–so to leave at the beginning of the term is next to impossible. But after her uncle Toby, a renowned ghost hunter, is killed in a fall off a cliff, she must drive to the seaside village of Rothewell to pack up his belongings. Almost immediately, unsettling incidents–a book left in a cold stove, a gate swinging open on its own–escalate into terrifying events that convince Jillian an angry spirit is trying to enter the house…”