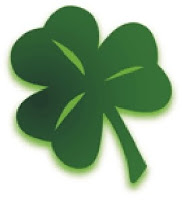 While it seems a lot of modern Saint Paddy’s day celebration revolves around music and parties and green beer, there are some of us who may prefer a quieter celebration of all things Irish (or choose to share our pint with a few pages). Over the past few years, I seem to have read a lot of books penned by Irish authors – I’ll share a few notables here.

Mothers and Sons by Colm Tóibín. The only book of short fiction by a former journalist and author of novels and nonfiction – the title of the book tells the focus. Relationships and absences between mothers and sons are examined through a range of possibilities and settings. The Irish settings are best, and the descriptions of Irish country and town life are vivid.

A Star Called Henry by Roddy Doyle. The author of well known for the humorous titles of his Barrytown Trilogy (The Commitments, The Snapper and the Van), started another trilogy in 1999 with a more serious and historical spin. The story of Henry Smart – part tall tale, part historical epic – the first novel in the series follows young Henry from birth through to his early twenties in a period of historic turmoil for Ireland. Henry becomes involved in the Irish Republican Army, fighting during the Easter Rising and working along side real historical figures. I have to admit the Doyle lost me somewhat in volume 2 of the trilogy – 2004’s American set Oh, Play That Thing, but I loved the first book so much that I’m still intrigued to check out the final volume The Dead Republic, which is finally due to be released this April.

Hungry For Home: leaving the Blaskets: a journey from the edge of Ireland by Cole Moreton. I’m still not sure if this book is fiction or nonfiction – it reads like nonfiction, but many of the details seem too fine to have not been embellished. Regardless, this is a beautiful book of a small and little known (in this part of the world) bit of Ireland. The Blaskets are small islands on the south west coast of Ireland, close to the mainland but still distant enough to be isolated. In the 1950s the citizens of the Blaskets were evacuated by the government and many chose to leave Ireland altogether after being forced to leave their homes. For its depiction of a people who embrace their unique culture and language and struggle to find a place for themselves in the world, I think this book would be enjoyed by those who also liked Canadian author Alistair MacLeod’s No Great Mischief. And although the author is actually English, this is a compelling piece of uniquely Irish history.

Like many people, I’ve tried to find my way through Joyce’s Ulysses – considered by many to be the greatest work of fiction written in English. The 100-odd pages I made it through were a challenge (although a challenge I by turns enjoyed) but ultimately I threw in the towel. I may try it again this year perhaps with the help of The New Bloomsday Book– a well regarded guide to Ulysses that has helped many a reader make it satisfactorily to the conclusion.

Other books that I haven’t made it to, but are other great examples of Irish writing. The Sea by John Banville and The Gathering by Anne Enright, which won the Man Booker Prize in 2005 and 2007 respectively. For historical fiction, one can’t go wrong with Frank Delaney – whose epic novels of Ireland – including Ireland, Shannon and Tipperary – are sprawling books in the tradition of Edward Rutherfurd. For stories of life and love in the world of women there is of course Maeve Binchy, but also Cathy Kelly and Marian Keyes – all of who have successful fiction careers but each also contributed to a fun little collection of stories in 2002 called Irish Girls About Town. And finally, it seems a trend in fiction these days is for every country to have an author who is billed as their answer to Scottish crime great Ian Rankin, for Irish fiction fans, this seems to be Brian McGilloway, who’s Inspector Benedict Devlin mysteries, set in the borderlands between Northern Ireland and the Republic – where the author himself hails from. The first in the series Borderlands was released in 2008 to great acclaim and a fourth in the series – The Rising – is due this spring.