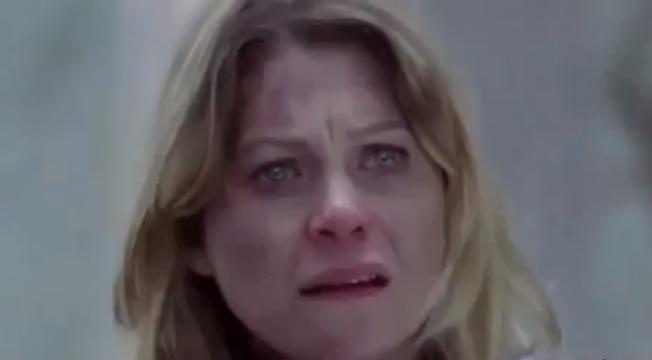 Grey’s Anatomy – “I don’t understand how this keeps happening!”

Geez. Well THAT was something, wasn’t it?

I didn’t have time to review last week’s episode of Grey’s Anatomy, but for the most part I liked the episode. In fact, I thought it seemed like the penultimate episode of the series – all our doctors and grown up and spreading their wings, most of them deciding to leave Seattle Grace for new opportunities. It seemed, I thought, a great way to end the series.

And then there was an effing plane crash. WHAT???

Look, yes, I’d already heard that someone would die in the season finale. But a plane crash? I think the show was getting a little meta this week when Cristina wondered why stuff like this keeps happening to them. Is this Grey’s Anatomy or Final Destination: Medical Soap Opera?

If you can get past that fact that the Seattle Grace docs have been affected by yet another tragic disaster, it was a great episode.

The doctors on the crashed plane were Meredith, Cristina, Derek, Lexie, Mark and Arizona. We lost Lexie surprisingly early in the episode, and since I’d only read about one death occurring, I was shocked when Mark possibly died as well. (I thought he was definitely dead, the Interwebs suggest otherwise. Thoughts?) It was devastating. Everything about it was really well done, emotionally wrecking, shocking and sad.

One problem was that the plane crash stuff was so enthralling that I cared very little about what was happening back in Seattle. April’s life is a mess, Avery decided to leave, so is Karev, blah blah blah. Bailey and whatshisface are still getting married. Yeah yeah, let’s get back to the freakin’ plane crash.

The one big thing was that Owen fired Teddy, because he knew she was turning down an amazing job opportunity so she could stay in Seattle and be his friend during a tough time. It was very sweet, and I have said before this year that I think her time was up on the show. It’s confirmed that she won’t be returning, and I’m OK with that. Her peak was the dead husband storyline, and now there’s not much left for her to do.

But what of the rest? The season ended with everyone still stranded in the forest following the crash. They are not doing well, and Owen had only just learned that they never arrived at their destination. First of all, I can’t believe the season ended on such a cliffhanger. I’m so mad!

Second of all, what will next season look like? I thought that if our original residents were moving on, Lexie would become the central character next season. I was debating whether I’d watch that or not, but now she’s dead.

Meredith, Cristina, Derek, Karev, Avery and April were all planning on leaving Seattle next season. Will they? Who will we see next season? Word on the street is that Patrick Dempsey, Ellen Pompeo, Sandra Oh and Justin Chambers will all be back. What will change to keep them all in Seattle? It feels so unrealistic. I really think that this should have been the last season, and they should all be moving on to different hospitals.

I still have a lot of feelings about this finale. It was fantastic, but I feel kind of manipulated. I hate how much has been left up in the air.