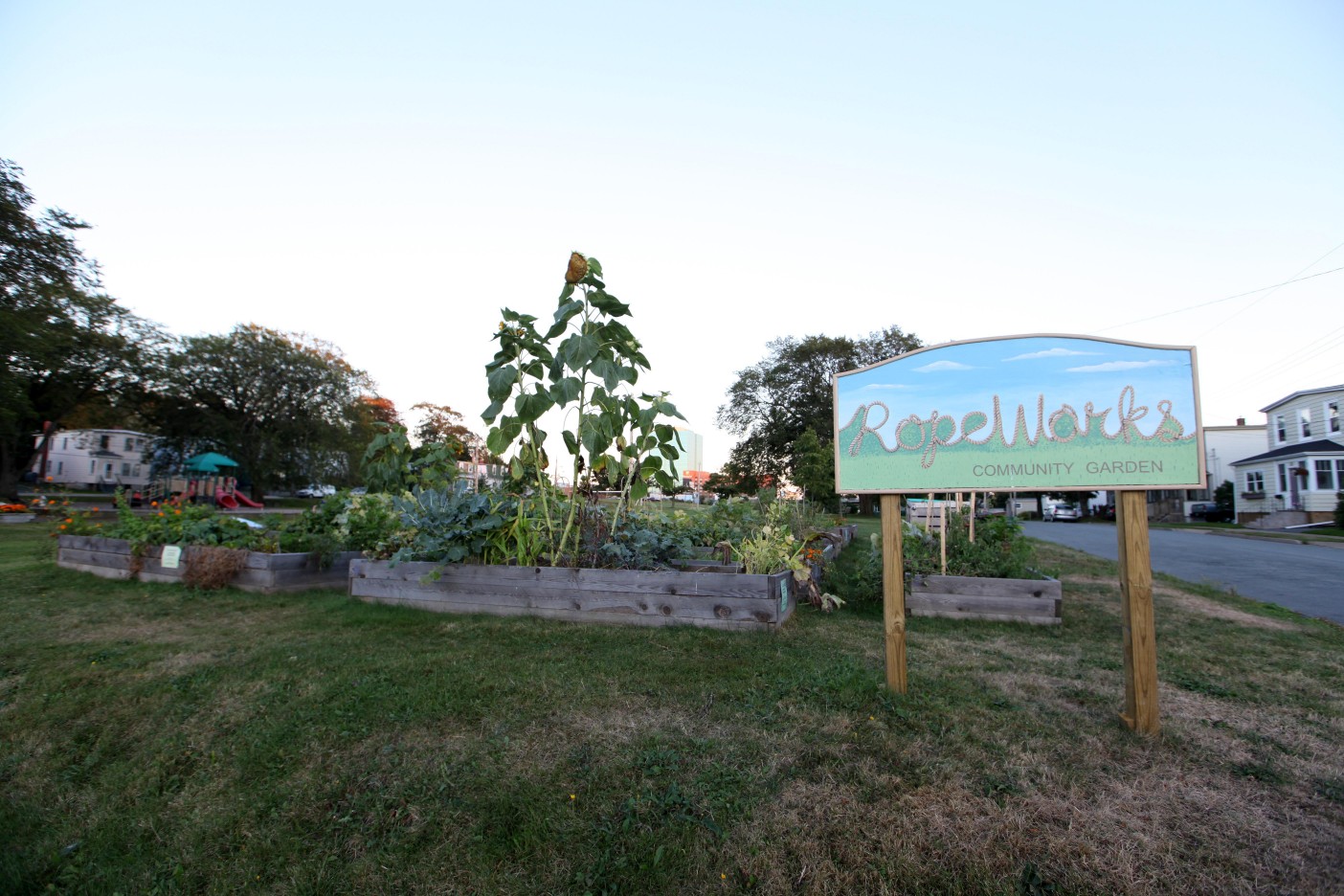 It’s been a successful growing season for members of the Ropeworks Community Garden in Victoria Park.
Photo: Megan Hirons Mahon

In December of 1897, George Stairs and a group of 18 employees from the Dartmouth Rope Works Factory purchased a piece of land and presented it to the city of Dartmouth on the condition that it be “forever kept as a public square”.

The land, which is bounded by Pelzant, John, Bligh and Dawson Streets, was named Victoria Park. The beautiful green space is now home to a playground, a large soccer net and, since 2013, the Rope Works Community Garden.

Rope Works was originally the initiative of a group of several women who live in the surrounding neighbourhood. They made an application to the city and were granted permission to use a small portion of the park for a community garden.

Once the application was approved, they received enthusiastic support from District 5 Councillor Gloria McCluskey who provided money from discretionary capital funds for the soil and the hemlock for raised beds. This year, the Dartmouth Community Health Board also contributed funding, and the garden has grown to include 12 large raised beds and a compost bin with a tilted top that allows rain water to be collected.

Larissa Muzzy and Palen Lehr, two of the Rope Works Community Garden organizers, had previously lived in Montreal and were inspired by a fabulous experience with a community garden there.

“I had basically no French when I moved there, but having a garden meant I could connect with people,” explains Lehr. “It was a much larger garden, maybe 168 plots, and it was fenced in, but the idea is the same. Gardens are a way to bring people together.”

“Everyone is so busy and schedules are different,” says Muzzy. “We tend to run into the same few people in the garden, so that’s one of the reasons we schedule events for the wider group.”

The events include workshops like a “getting started with gardening” event in the spring and an “extending the season” one at the beginning of September as well as work parties and an end-of-season barbeque.

Besides community connection, there are other benefits to gardening says Lehr. “Growing food together makes us more self-sufficient as a community. It’s really satisfying to produce some of what you eat. Plus, a lot of families with young children have joined because they want their kids to know where food comes from.”

A walk through the Rope Works Gardens reveals lush growth that includes rows of leafy kale, pounds of zucchini, pole beans climbing trellises and golden sunflowers reaching for the sky. The food looks tempting, but signs throughout the garden gently remind people “If you grew ‘em, you can pick ‘em” and give information on how to get involved.

“Lots of people walk through the garden and are curious about how it all works,” says Lehr. “And that’s one of the nicest things about having a garden in a public space.”

This article is reprinted from the Dartmouth North Community Echo. Check out the September/October issue here.