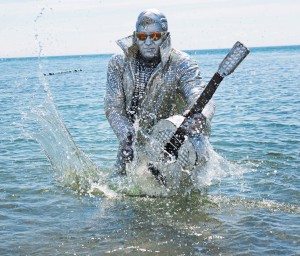 The festival is exci­ted to announce Bell Aliant has come on board as the event’s Presenting Sponsor.  As part of this new partnership, Bell Aliant Fibe TV1 will be on site every da­y, capturing all the fun and filming the shows, which will be available to watch online at buskers.ca and on Bell’s comm­unity channel.

A new addition to th­is year’s festival is the Nova Scotia Ma­rquee Stage. This st­age will highlight Nova Scotia talent in a variety of forms, and provide the opp­ortunity for local artists to be seen and enjoyed by thousan­ds festival attendee­s. The performance line-up for the Marqu­ee Stage will be ann­ounced in the coming weeks.

Each end of the wate­rfront will feature action-packed shows, from Historic Prope­rties and the Nathan Green Stage at the Ferry Terminal, to Sackville Landing at the Wave and the Rot­ary Stage at Bishop’s Landing. East Coast Amusements Midway also returns to the festival with carniv­al rides and games.

For updates on the festival schedule and more information on the Bell Aliant Hal­ifax Busker Festival visit www.buskers.ca. The festival is also on Facebook at HalifaxBuskers, and Twitter and Instagram at @BuskersHFX.