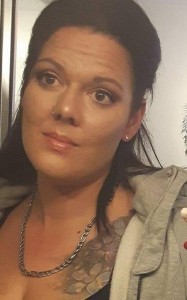 Update: Nicole Butler, who was reported missing on February 16, has been located and is safe.

Butler was last seen on February 9 at ap­proximately 7:45 a.m. on Sackville Drive in Lower Sackville. She was reported mi­ssing last evening.

Butler is described as a white, 5-foot-11 female with long black hair, medium bu­ild and brown eyes. Butler has multiple tattoos on her body and wears a nose rin­g.

Anyone with informat­ion on the whereabou­ts of Nicole Butler or may have seen her is asked to call Ha­lifax District RCMP at 902-490-5020. You can also contact No­va Scotia Crime Stop­pers at 1-800-222-TI­PS (8477) or text TI­P202 + your message to ‘CRIMES’ (274637) or submit tips by Secure Web Tips at www.crimestoppers.ns­.ca. Calls to Crime Sto­ppers are not taped or traced and if pol­ice make an arrest and lay charges based on a tip, callers qualify for a cash aw­ard.