Update: 34-year-old Cora Lee Mackay who was​ reported missing on March 25th​ has been located safe.
​
The RCMP would like to thank the public for their assistance and retweets on social media 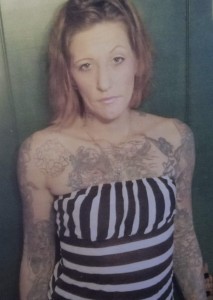 Halifax District RCMP​ are requesting the public’s assistance in locating 34 year old Cora Lee MACKAY​ of Middle Sackville.​
MACKAY is described as being 5’8, 156lbs, brown/red hair, green eyes with full sleeve tattoos.​ ​
MACKAY has not been spoken to since March 16th, 2019.​
​
Anyone who may have information about Cora MACKAY or her whereabouts are asked to call the RCMP or CrimeStoppers.