Halifax District RCMP responded to a bomb threat at a Cole Harbour residence this morning.

Just before 8 a.m. today, Halifax District RCMP responded to a bomb threat on Colby Dr. A woman answered a phone call and was told by a man with a Middle Eastern accent, “You’re in danger. Something is going to blast near your home. You’re in danger.”

The woman called police and left her home as instructed.

The recipient of the call was surprised that the suspect knew some personal details about her and told police it sounded like the suspect’s voice was recorded because he didn’t respond to her questions.

RCMP searched inside and outside the home with a K-9 team trained to detect explosives. No threat was detected.

Police would like the public to be aware of these calls and to treat these types of calls seriously. Anyone who has information about this incident, or who wishes to report a suspicious incident, is asked to contact Halifax District RCMP at (902) 490-5020 or Nova Scotia Crime Stoppers at 1-800-222-TIPS. The public can also get in touch with Crime Stoppers by texting TIP202 and a message to CRIMES (274637) or by Secure Web Tips atwww.crimestoppers.ns.ca. 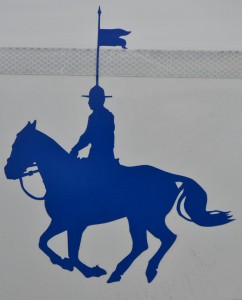