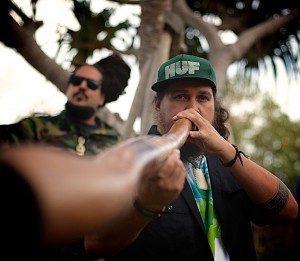 Halifax International Busker Festival is celebrating 30 years in 2016, making it one of the largest and longest-running events of its kind in North America.

With over 300 shows over six days (July 27 until August 1), the festival highlights international performers from Ireland, Italy, Australia, United Kingdom, Canada and the United States.

Followers of OKA will be excited to see them perform a full set at the Carleton Music Bar and Grill on Sunday, July 31 at 9:00 p.m. The Australian band brings their fusion brand of reggae, beats and world music to the stage for a night of unfettered dancing and fun. Tickets are $15 in advance and $20 at the door. Go to buskers.ca for more information.

The fan favourite All Star Show will be held on Sunday, July 31 at 10:00 p.m. at the BellAliant Sackville Landing Stage. Featuring the stars of the festival showing off their top skills, the event is a fundraiser for Litters ‘n’ Critters Rescue Society, an independent, 100% volunteer not-for-profit rescue focused helping injured and rescued dogs.

Long-time fans of the festival won’t want to miss the first ever Late Night Karaoke Madness held at The Carleton Music Bar and Grill on Monday, August 1 at 8:00 p.m.  Spend the night singing along with buskers and celebrate the closing of the festival. Tickets are $10 at the door.

For the full festival schedule and more information on the Halifax International Busker Festival and the participating buskers, visit www.buskers.ca. The festival is also on Facebook at HalifaxBuskers and Twitter and Instagram at BuskersHFX.