** Update : James O’Keefe who was reported missing earlier tonight has been located safe and sound.

Police would like to thank the public and media for their assistance. 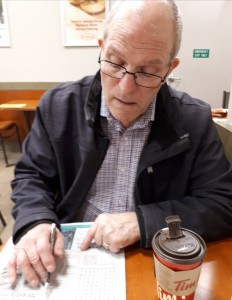 James O’Keefe had contacted his wife from the Esso Station at 6020 Young St. in Halifax at 4:30 p.m. and has not returned home.

James is believed to be driving a red Rav 4 with a personalized Nova Scotia Veterans Plate.  He may be driving to Cape Breton as he was last seen with his vehicle in the Sheet Harbor area at 9:40 p.m.

James is described as a white male, 6’1” with a thin build.  He has white thinning hair and normally wears glasses.  James was last seen wearing a black jacket with a gray toque or ball hat.

There is no information to suggest that James has met with foul play, however, police are concerned for his well-being. Officers request that James or anyone with information on his whereabouts call Halifax Regional Police at 902-490-5020.