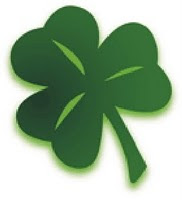 It seems it wouldn’t be Saint Patrick’s Day without a peek at some great Irish books. Last year, I wrote a post on some Irish fiction that I’ve read over the years, this year I thought I’d see what my fellow bloggers at The Reader wanted to add. Here’s what was noted:

Our blogger Lynne is an avid reader who often writes of her love for mysteries. She couldn’t pick between her two favourite Irish titles (one of which, unsurprisingly, was a mystery). She suggests The Blackwater Lightship by Colm Tóibín, a Man Booker Prize shortlisted novel about three generations of women coming together to tend to their brother/son/grandson who is dying of AIDS, which Lynn loved for its “family relationships depicted unusually well”. Her other favourite is “an atmospheric forensic/psychological mystery” by Erin Hart called Haunted Ground. It’s the first in a series which Lynne has talked about in other posts.

I know our blogger Rosemary to be an avid reader with wide tastes, so I was curious what single title she would come up with. She picked The Snapper by Roddy Doyle, because “I love the humour and the dialect that it is written in.” It’s also part of a series—it’s the second book in the Barrytown trilogy, which the library catalogue says “depict[s] the daily life and times of the Rabbitte family in working-class Dublin.” The other parts of the series are The Commitments and The Van. (All three volumes have also been made into films.)

Marlo is an occasional blogger here at the Reader, but jumped at the chance to include her favourite—here’s her pick: “I really like Are You Somebody? the accidental memoir of a Dublin woman, by Nuala O’Faolain. Nuala O’Faolain was an Irish journalist, known as a weekly columnist for the Irish Times, as well as an on-air personality for Ireland’s Radio Telefis Éireann. Her memoir is highly personal, detailing what it was like to grow up in Ireland in the 1940s and 50s in a family of nine with an absent father and an alcoholic mother. The book also explores the years through university and her life-long search for love. One of the first female columnists in Ireland’s most-respected newspaper, Nuala’s autobiography is a fully realized look at a lonely but extraordinary life. The book leaves the reader feeling like they’ve spent time talking with her personally. Nuala O’Faolain died in 2008 at the age of 68.”

As the library’s selector for mysteries, I wasn’t surprised that David picked a mystery title for his favourite. Like Lynne’s pick, it’s also a part of a series. Here’s what David has to say: “I’ll go with The Guards by Ken Bruen. Bruen writes about the seedier side of Irish life, told through the eyes of ex-cop Jack Taylor. Jack is a decent person, but one with a lot of emotional issues. He has a quick temper and a big heart. Although Jack would rather spend his time with a bottle, he will never back away from injustice. Bruen has a sparse almost poetic writing style, one that is both gritty and insightful. The pacing is quick, with short chapters and crisp dialogue. The stories are dark and violent and definitely not for the faint of heart. Having said all that, Jack is a charismatic character, somebody who is a champion of the downtrodden, somebody who fights the good fight.”

Finally, Maureen added a pick that she included in her “Best of the Decade” post back in December 2009: The Sea by John Banville. Here’s what she said then: “I listened to The Sea on CD while spending the day doing a mundane task… [it’s the] the examination of a life…Following the death of his wife, Max returns to a seaside locale where he and his family spent the summer. Intense memories are relived triggering one distant but shocking event.” The Sea won the Man Booker Prize in 2005.

I’m betting if you made it this far in this post, that you also have a favourite Irish book or author. Why not share it in the comments below?