Jets screaming overhead. Helicopter blades cutting the air. These were my lullabies where I came from. 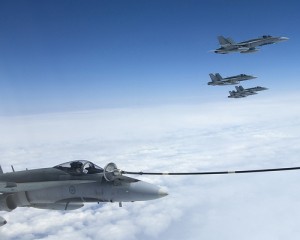 Friends and neighbours came and went. That was life on a military base. Newcomers were often heard complaining about the lack of things to do. Wide eyes and a slack jaw were the usual responses. Nothing to do? But then… they weren’t born here. They didn’t spend almost 17 years of their life here and still not get to do and see everything they wanted.

It was utopia for a child if he or she knew where to look – what every person wants and needs and strives for and only children can find – but when you did find it, it stayed with you forever. Not the Four F’s of evolution, but of childhood – fun and friends; freedom and fantasy.

Those people – those naysayers – had never experienced the wonder of the excitement of that place that was half redneck, half military. Exploring the forest that you thought you could walk through your whole life and never find the end of, or see everything there was to see; racing between the trees on your bike, the wind and branches whipping your face. Some days the woods were filled with laughter and “pow pow pow” and “yeah! I killed you!” as you and your friends stalked and chased through those same trees playing guns. Some had tree branches, other had scraps of wood. A few had toy guns they bought at the store, but they were never as cool as the ones that were put together from spare parts and painted by dad. No one grew up to be gun-wielding crazies, but some went on to follow in their father or mother’s footsteps and serve their country.

That wasn’t all: building forts and picking wild blueberries and strawberries and skipping rocks in the creek and walking along the tracks to the next town to see a movie because you knew the train only came in on Wednesdays. Each year in May the world would descend upon the town – a sea of aircraft and languages and delight… and snow just for those that came from countries deprived of it. 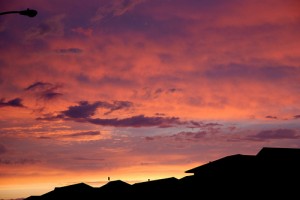 The summers were HOT. The winters were COLD and they never closed school. You bundled up – except in junior high ‘cause you were way too cool for that. But you still survived and now you snicker when you hear someone complain about the cold because they have no clue.

Not everyone was perfect of course. Every once in a while you heard of someone doing something… unscrupulous or you had a friend that you wished you could help. Despite that, you could stay out all day, do anything you wanted, and the only dangers to worry about were skinned knees from falling off your bike, broken bones from collisions on the toboggan hill… and the occasional hungry bear in Spring. And missing dinner – that of course was the worst thing that could happen.

That’s where I came from.

Justine MacDonald was born and raised in Cold Lake, Alberta. She now calls Nova Scotia’s Annapolis Valley home and works as an Administrative Assistant. Interested in photography, travel, writing, and more, she can be found at Aurora’s Space.