You’ve heard of culture shock, that sensation of alienation and dislocation that occasionally saddles the traveler.

Well, what about reverse culture shock, that lesser known condition of returning home to find that it doesn’t feel like home anymore? 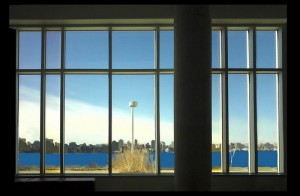 We never think of this when we go away. We don’t realize that you can never go home.

My first inkling of this came after a solo backpacking trip in Southeast Asia. It was six months of adventure, personal-boundary testing, fear, joy, laughter, loneliness. It ended in Fiji where upon I met up with my long-time SigO and spontaneously married him on a beach. (That’s a story for another time!)

I came home from that trip transformed, bursting with new insights and perspectives on life. But strangely, I landed flat footed and felt out-of-sorts.

Nothing here had changed. This seemed incongruous, somehow. It took a few weeks to slot back in again.

A similar thing happened after I spent a year teaching English and working as a writer in Prague. At the time, The Czech Republic was in the process of a divorce with Slovakia and it was also transforming itself from a former Soviet Satellite to a free market economy and democratic system.

It was a spin-cycle of change and for six months I lived in a continual state of change. But when I returned home again, I landed in a place where everything stayed the same. It was like some strange science fiction, a warp of space and time. Weird.

A few years later, I relocated to the UK with my husband who is British. There, we grew our small business and produced two children. Of all the life-altering events, having children trumps all.

We lived in the village of Cheddar (yes, named for the cheese) Somerset, pop. 5,000.

I integrated fairly easily into village life – not as an international ex-pat, but as a local villager, albeit a villager with an “Amercian” accent. Babies are like a magic key to unlock the door to the local community. They welcomed me with open arms and made me one of their own. It was a lifestyle I assumed without really thinking about how different it was to Canada. I was changing without even realize it.

Seven years later and with many regrets, we picked up and moved home. Moving away would be the hard part I thought at the time, but once we arrived in Halifax, everything would get easier. What could be easier than coming home? This is where I was born, grew up and went to university. My family was here and old friends. This was home.

Overnight, all of my dear UK friends were gone and all my cultural references vanished. Without these people and contexts, I felt lost.

I missed so much more about my life in the UK: the wicked wit and rapid-fire British humour, the superb newspapers, the BBC, proper Sunday walks and Sunday lunches.

In Canada, there were no gentle green winters, hedgerows, English picnics, curvy lanes, village pubs, or Jonathan Ross – who makes me laugh until I cry.

I recall one terrible day when I actually ditched my half-full shopping trolley and ran out of The Superstore in tears because my brain literally overdosed on all the stuff on the shelves. I couldn’t process it. I was used to a small village store, butchers, bakeries and green grocers.

But the lowest moments in that first year came with the loss of two dear friends who passed away in the UK. Six months apart. Breast cancer. Both of them. No one here knew them or could possibly understood the loss, and I couldn’t be there to share that loss with others. Home suddenly seemed like far away place. And it wasn’t here.

Those first two years in Halifax were full of questions, doubts and loneliness. In the next few years, the hard edges softened somewhat, and after my fifth anniversary of moving home, I stopped counting the anniversaries. That was a sign.

I sometimes liken this experience to being a radio that is tuned to all the frequencies of the UK. When it is taken to Halifax and switched on, it doesn’t tune into the local stations. All you get is fuzz. You keep turning the dial and it’s just fuzz.

I was later told that this is reverse culture shock and it is well known amongst international aid workers. Many NGOs have programs that prepare employees abroad for “re-entry.” No one told me that I’d need to be prepared for going home.

This sense of dislocation heals with time, new friends and a new library of common experiences like Hurricane Juan. Halifax is home again, but it’s a different home than before.

Everyone in my family is a dual citizen and we can go back to the UK anytime. But if I ever did go back to live, I know I’d have to start the process of reverse culture shock all over again.