L-A: File this one under minor celebrities we irrationally hate. 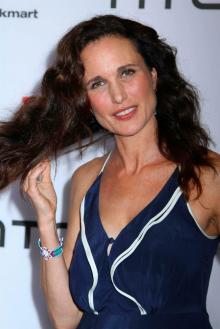 Because quite frankly, you’re probably all wondering why I care so much about Andie MacDowell as to write a full post about why I hate her. You might wonder what she’s done to me lately. But this irrational hatred? Oh this one has been on a slow simmer for years and will continue to do so as long as this is on my television:

GAAAAAAH! Every time she tells me it’s because we’re worth it, I want to kick a puppy. And I like puppies.

So what the hell is my problem with Andie MacDowell? I assure you it has nothing to do with the fact that she barely looks like she hasn’t aged a day since the 80s. I say more power to her on that one. No, I have a feeling it has something to do with the fact that her raison d’être in any Hollywood production is to be Beautiful with the capital B. Because she sure as hell can’t act. In fact, Andie MacDowell is a giant lead balloon in every role I’ve ever seen her in. And that pretty much ruins movies for me.

Let’s start at the beginning, skipping over the role where they had to hire Glen Close to record her lines, to St. Elmo’s Fire when she was literally hired to Beautiful because her character was supposed to be an object of affection from afar. She didn’t need to act. She just had to look pretty.

Good work Andie MacDowell. You nailed it. You said your line and let Emilio “Super Glad He Didn’t Change His Name to Sheen” Estevez carry the rest of the scene. (BTdubs: I dig on the style of Dale Biberman at the winter cottage. I need to get Sorels this winter and make that look happen for me).  But let’s flash forward ahead a bunch of years, to Four Weddings and a Funeral. This is probably when my hate on for her really got going (because I was sixteen and able to rent this without parental supervision. As opposed to age six when St. Elmo’s Fire was released, a time when I wouldn’t understand anything happening in the movie and my parents would have wisely decided not rent it for me, opting for the Care Bears Movie instead).

Fuck lady, can’t you emote at all? In the ten years between that movie and St. Elmo’s Fire, you apparently studied method acting (totally reliable academic source: wikipedia). However, you didn’t see fit to apply whatever it is you learned at method acting school. That or your face and voice are just unable to really change to show emotion. I’m still not sure what the Golden Globes folks were thinking when they nominated you for best actress in a motion picture or a musical. I’d say it was for your hair, but even that wasn’t so hot in 1994 (not entirely your fault, but the fault of the early 90s, I’m sure). (actually, I quick wikipediaing of it tells me that 1994 might have been a year with slim pickings).

Another reason to hate her? It’s because of her that I went years hating Groundhog Day. Groundhog Day! You guys, that’s an effing awesome movie thanks that Bill Murray. It’s too bad he keeps getting dragged down by Andie “Lead Balloon” MacDowell. 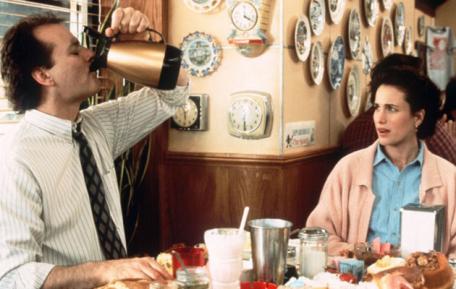 I’m sure you’re a lovely lady in real life Andie MacDowell, but once and for all I must ask you to stop “acting” in anything. Even in Monte Carlo. Just focus on being a pretty face and get the eff off of my TV and movie screens. Because really? You’re not worth it in my books.

Ally: I feel like it’s Favourite Friday, because L-A just totally did me a favour-favourite. I was sitting out on my back deck with El Jeffe enjoying a glass(es) of wine (It’s Sunday night as I write this, not Monday morning so save the judgement unless you’re Jehovah Witnesses and then you can judge away while not ringing my doorbell), when I thought. Shittty shitty fuck fuck, I have to write a blog post for tomorrow, what am I going to write about? I expressed this sentiment to El Jeffe, who laughed his buttocks off while pointing out I was still wearing my American Apparel skirt that had toddler ketchup hand prints on it after our dinner out at The Chickenburger (a suburben treat!).

So! Long story short, I headed down to my computer to find an email from L-A stating that she had already posted waxing eloquently on her hatred for Andie MacDowell.

Here’s the thing. Bitch is no Selena Gomez (I promise that post is coming), but I love L-A enough to hate on Andie. It’s like when you’re in Junior High, and your bestie tells you that you have to hate on another lady in order to keep hanging with the posse. Done. I can hate on The Andie. Here are my reasons for hating A.M.

Her voice. OMG her voice. I mean, I don’t have the best voice, but that tone is worse than Gwyneth Paltow at a dinner party after she’s sucked back a half bottle of Cristal (spelling? It’s too expensive for me so I’ve never seen a bottle) and Kate Bosworth has just walked in the room. Horrible.

Just head to the 1:49 minute mark to hear her say, “I love horses.” You’ll irrationally hate her as well.

Her hair. I hate her hair. That’s all I really have to say about that. 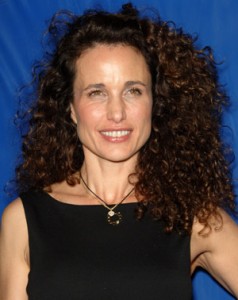 Bitch to tame, no?

Yah, um, that’s all I feel I really have to add. I think L-A summed this up nicely. Quite similar to my post re: Blake Lively, I think she knocked this out of the park.

So, yah, everything L-A said, hate the voice, hate the hair… Cool? Have a good week, bitches.

Here’s the thing, Andie MacDowell: it’s not me, it’s you
https://haligonia.ca/heres-the-thing-andie-macdowell-its-not-me-its-you-2-44842/