L-A: There is only one thing that adequately describes my feelings right now:

Ally wrote an entire post on why she irrationally (or perhaps, rationally) hates Avril Lavigne. And then WordPress ate it. And to save her laptop from hitting the wall, she poured herself half a bottle of wine and turned on Boardwalk Empire. So, in lieu of what was most likely an awesome post, I will post my rebuttal:

Honestly Avril? I should hate you. I mean, your spelling and rhyming skills on Sk8r Boi alone are reason to hate you. Because “boy” doesn’t actually rhyme with “boy” – you’re just using the same word. 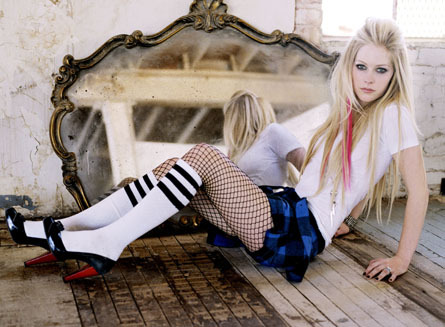 I think this modelling session was art directed by Tyra Banks.

So why don’t I hate her? I’m not sure. But I’ve come up with a few reasons why I may not (when rationally, I should).

One: She is actually a fairly normal kid. 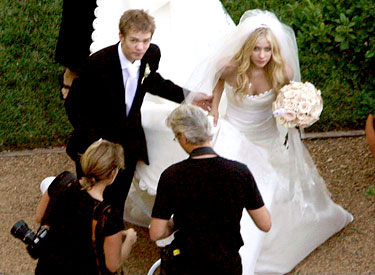 Sure she’s made a mint off music I don’t really care for. And another small chunk of change off of hoodies with skulls and hearts at Kmart or something. But she seems mostly normal. Despite every picture of her out there, she went for big pink flowers on her wedding day and a big white dress and toned down the eyeliner. Which says to me there is probably more meaning to Avril Lavigne the person than what you’d find in your average Pauly Shore movie. 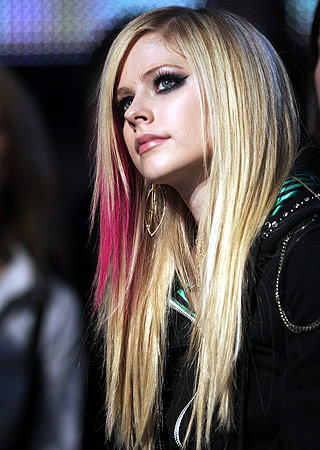 I am inordinately jealous of anyone who can put eyeliner on. To keep me from going insane from this, I sometimes channel that jealousy into mad props for anyone who can rock the eyeliner. Even if they tend to overdo it.

I also wish for weird coloured hair sometimes. But I’m not sure how well that would go over if I ever had to go to a meeting that involved more than co-workers.

But my real reason, and possibly my only reason (I needed more than one for the purposes of writing an entire post) that I don’t completely hate, and possibly irrationally like, Avril is this:

What? It’s effing catchy. If I knew how to make a ringtone, this would probably be my ringtone when Ally calls. Instead I have to settle for Ryan Gosling saying, “hey girl, sorry my shirt fell off”:

And because I haven’t pissed Ally off enough by writing this post, may we take a moment to compare the Avril video to this:

I don’t know, maybe Swifty is the country version of Avril. I know they both like wearing bad wigs in their videos.

Ally: For real I was  a mess last night. When I lived in Jasper, Alberta, my girls and I hit up a local bar on a trip to Banff. As many young ladies in their early twenties, we allowed a group of gentlemen to sit at our table and engage in conversation. After a while, one of the gents made it clear to me that he would…how do the kids say…”like to take the party elsewhere”. When I politely declined he spat out the line, “What? But I put in TWO HOURS WITH YOU.”

That, my friends, is how I feel about Avril. I spent two hours on her last night. FOR NOTHING. You have none of my fun jokes. The irrational hate is now full on rational. I’m so exhausted from the trauma that I can’t even muster the energy to counter L-A’s ridiculous claim that Taylor is the Country Avril. I will say this, Taylor’s songs are spoon fed, vanilla ice cream with a cherry on top served up for the 15 year old in all of us. The lyrics, she writes herself, and you can tell…she writes them…herself. Still though? This song? You can’t compare it to the trash that Avril is putting out right now.

“You know that I’m a crazy bitch, I do what I want when I feel like it”. Amazing.

The lyrics give the total embarrassment cringes. No doubt. Still? The effort is there. Avril is a sinking ship career wise because she can’t sell her albums. She’s clinging to an image that she has absolutely out grown. Taylor brings an authentic vibe, whether it’s real or an act, I’m buying the sugar sweet Taylor as the real deal.

Here’s the thing Avril, I don’t completely hate you.
https://haligonia.ca/heres-the-thing-avril-i-dont-completely-hate-you-46732/