Our Elf on the Shelf came back today to check on the kids for another year. But this time we gave him a surprise… a girlfriend.

And my youngest told him that we would do what we could to make it happen.

So this year we have twice the Elf… my wish is that Holly will keep Henry in line and that he will behave a little better this year and not get into trouble. The girls hope the opposite is true and that the antics will double with two elves… I guess we will see.

In the meantime, I think Henry is pretty happy with his new gal pal, Holly! 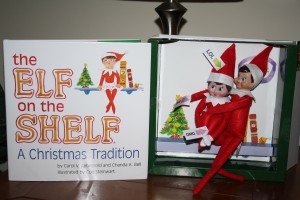 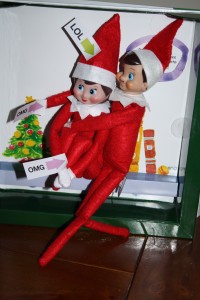