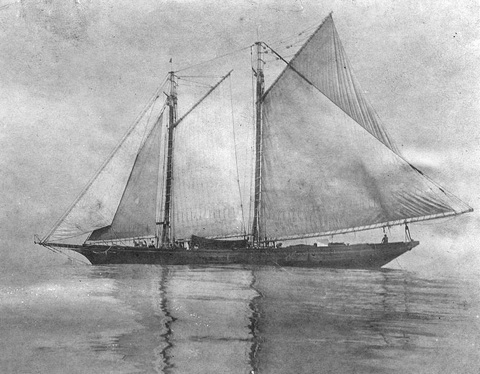 In a city that has over 250 years of seafaring and naval tradition in a province that is shaped by the sea David Stone can’t understand why there is no sea shanty festival.

“The idea was pitched to the government a while ago,” Stone explains,“They said ‘sea shanties are what they play in bars, we won’t give money for that.’”

Stone, a shanty and folk performer himself says the idea had been floating around in his head for a dozen years but going to shanty festivals in other cities confirmed for him that Halifax needed a festival.

Sea shanties are traditional songs seafarers sang in the age of sail when work needed to be done. Before steam ships muscle was all sailors had to haul up anchors or hoist sails.

Shanties typically have a certain rhythm that helps the sailors synchronize their heaving and hauling. It was also a source of entertainment for them when crossing the Atlantic was a long, cold voyage.

Stone thinks that an annual festival could have the potential to be educational as well.

“In Chicago the school boards, arts councils and even churches get involved. The singers go to schools and sing and teach about sailing history.”

Stone says he has approached the Halifax Regional School Board but was met with resistance. “They said that there isn’t any money for it. I think the problem is that they think you want ten-times what you’re worth.”

This past October Stone organized what he hopes will be the first of many shanty festivals in Halifax. The concert was held at the Maritime Museum of the Atlantic and brought in about 200 people.

Gerry Lunn of the MMA says they were happy to host the day of song workshops and concert. “Our hope is that it will become an annual event.”

Stone’s vision for the festival is a multi-day workshop and concert festival with up to twenty performers visiting from all corners of the globe.

“Money is the biggest challenge. Many of the performers that were here in October wrote letters to the provincial government urging them to fund it.”

Stone estimates that a two-day festival will cost around fifteen to twenty thousand dollars. “For people that organize music festivals in other cities that is nothing.”

Some promoters have suggested he get beer sponsors or pull in big name bands like Great Big Sea. “I could get a bunch of money if I bowed down to bringing in popular artists but I’d lose the respect of the smaller artists.”

The response to the October show was encouraging. “Everyone, even the artists said ‘let us know what you’re doing with this.’”

Stone says that after the show interest from outside parties began to pick up, so he is hopeful that the festivals will only get bigger and better from here. “My hope is to get some big names down here to show us how to do it.”