However, I will present to you a cherished summer discovery: HFX Foot Longs.

Have you ever wondered about the hot dog guy out in front of the Seaport Market on weekends, or do you scoff at such peasant food? Hot dogs? Pfft! Well, it is not too late to visit John the hot dog guy, who will change your mind about hot dogs forever. 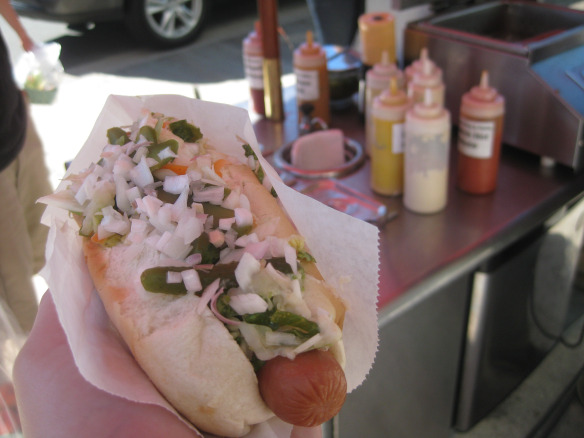 When is a hot dog not just a hot dog? First of all, John’s “foot longs” are not actually hot dogs. They are Vienna Frankfurters from Roselane Bavarian, made according to strict German purity laws. These sausages were the precursor to the conventional hot dog (i.e. “Frank” from Frankfurt, or “Weiner”, from Vienna – get it?) They are mild in flavour and have a nice snappy casing. 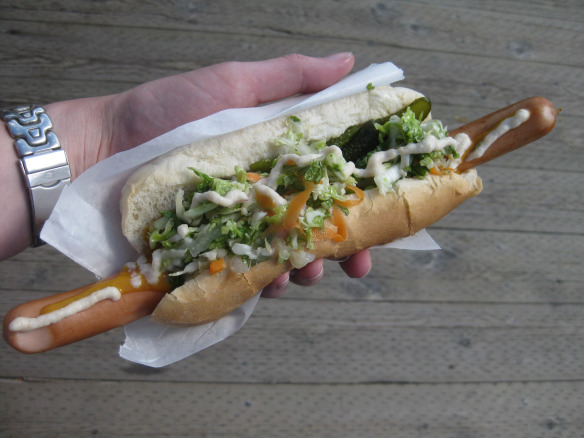 Perhaps the most exciting part of John’s hot dog cart is the condiments. In fact, John will give you a “condiment tour” where he will give you tastings and explanations of his condiments. John makes his own special horseradish sauce and Scotch bonnet hot sauce from his farm in Malagash. He also concocts a rarebit sauce made from Foxhill quark and a 6 year old cheddar, which is decadent. You’ll also find Boneheads BBQ mustard at his table, along with Fruition’s cashew mayo, el Gallo’s chipotle mayo, and Chef Pike’s hot mustard – all condiments found within the farmer’s market or just down the street. John tells me that “a hot dog is the one piece of the world a child can control”, so he also provides ketchup and ballpark mustard “for the kids” (and confused adults). 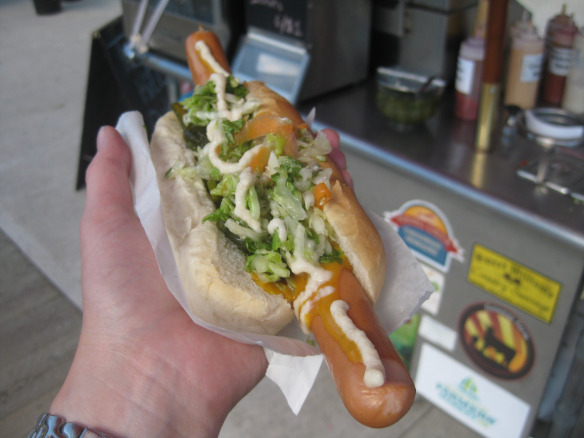 The first time I ventured toward HFX Foot Longs, I overheard John saying something about the Montreal Pool Room (of hot dog fame). It turns out, John used to work at the legendary Montreal Pool Room, where he absorbed the recipe for the “Pool Room Slaw” that adorns every Montreal steamie. John tells me that proper coleslaw technique was a transferable skill in Montreal, and lucky for us – one that he’s brought to Halifax. A Montreal steamie is a steamed hot dog with relish, mustard, coleslaw, and chopped onions. This can all be yours at HFX Foot Longs, as John steams all his meat and bread and even sells Lester’s brand hot dogs (the traditional dog of the Montreal steamie). 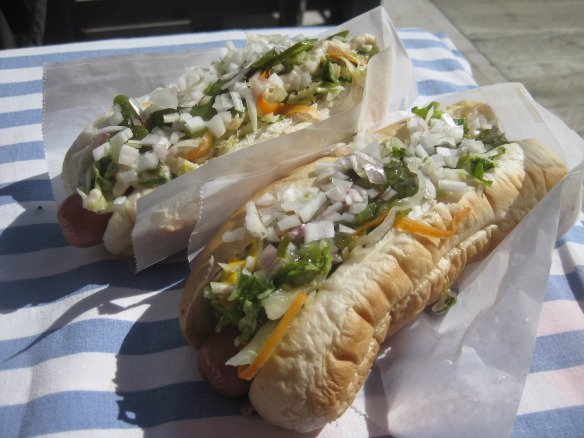 In Montreal fashion, John sells “double dogs”, which are just two hot dogs for $5. You can dress them like a traditional steamie, or try John’s gourmet version: hot or sweet mustard, crunchy gerhkins, a pile of Pool Room Slaw, a strip of horseradish sauce, and topped with diced shallots (John says once you go shallot, you never go back). 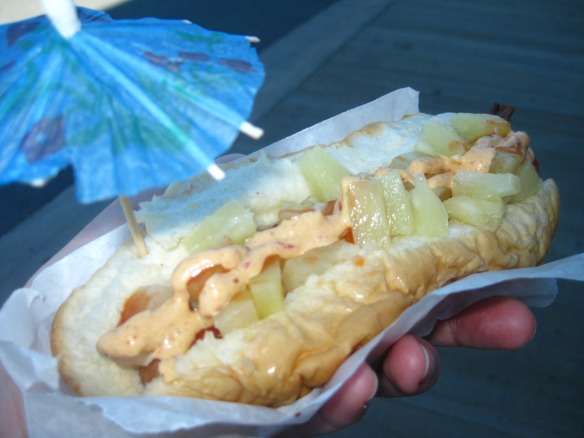 Perhaps John’s speciality is the Hawaiian Dog – a perfect morning snack! Here we have a steamed Lester’s dog with a strip of Getaway bacon, topped with cold pressed Hawaiian pineapple, chipotle mayo and Scotch bonnet hot sauce. Don’t forget the decorative umbrella! This hot dog will one day be Halifamous. It is really, really, good.

Update: The Hawaiian Dog is done for the season, and the turkey club dog has risen to glory. I just ate one this morning and it totally lived up to the hype. It is a long turkey sausage from Sweet Williams combined with Getaway bacon, topped with sliced baby tomatoes, Pool Room Slaw and tzatziki sauce. Seriously, try one now! … or, ya know… next weekend. 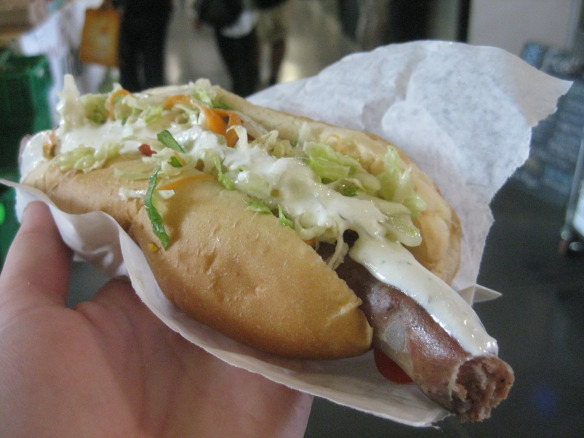 Halifax may not have a traditional hot dog culture, but HFX Foot Longs is certainly doing its part to bring the culture to us. I dare you to find me a hot dog purveyor offering so much variety and local quality! According to John, “Nobody tends to buy a hot dog and leave with a frown”. 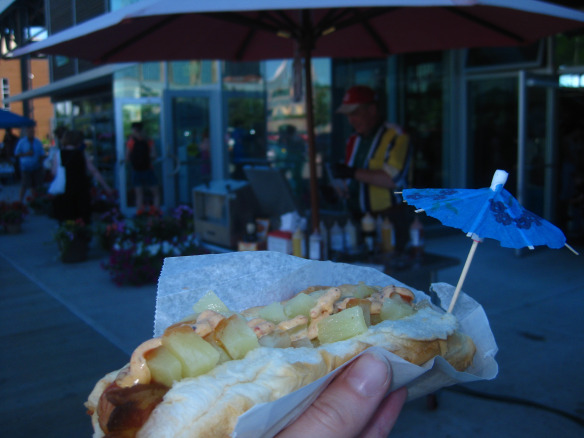