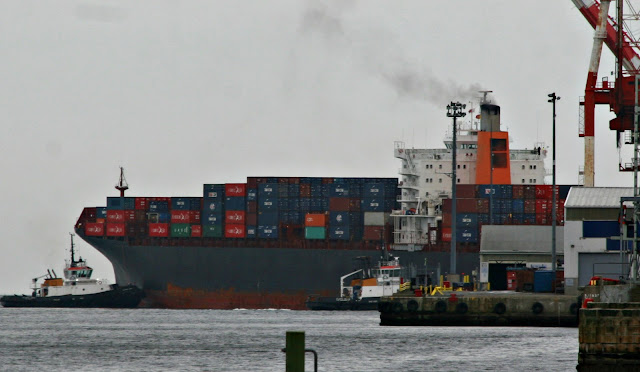 Due today is the HH Emilia –  On arrival, she is set to discharge all her containers due to engine troubles. presumably this will be picked up by the next Maersk vessel.

This is the second time a CMA-CGM Ship has failed in Halifax – The Stadt Cadiz spent time at Pier 9B in May sorting out engine troubles. She also unloaded all her cans.

If the Ship looks Familer, she is the Ex Dresden Express –  sold by Hapag Llyod earlier this year. – Hapag-Llyod is disposing of her class – either selling or scrapping the vessels.

Correction: I Originally posted that the ship was filling CMA-CGM’s slot on the weekly Maersk Service. this was incorrect, as now noted above. 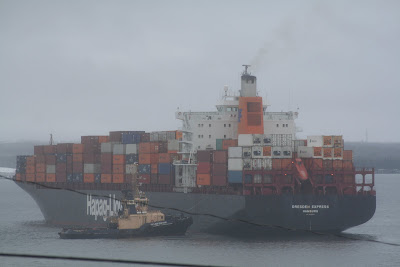