The Uninvited : a novel (M)
by Liz Jensen

“The author of The Rapture offers up another gripping apocalyptic thriller, this one told from the point of view of a British man with Asperger’s syndrome who works for a consulting firm.

Hesketh Lock isn’t sure what to make of an unsettling pattern that’s emerging around the world: formerly loyal employees are taking their own lives after committing acts of corporate sabotage. As the cases pile up, Hesketh tries to find a link between them while also making note of an even more terrifying trend: children are turning on their families, often resulting in fatal attacks. This hits home for Hesketh, who is very attached to Freddy, the seven-year-old son of his ex-girlfriend Kaitlin. When Freddy starts to display behaviors similar to those of the children whose violent assaults are stirring up paranoia and hysteria around the world, Hesketh fears he might lose the boy for good. Jensen weaves an eerie, haunting narrative, told in Hesketh’s singular voice, building an unsettling tension as it moves toward a chilling finish.” – Booklist

Rage Against the Dying (M)
by Becky Masterman

“Brigid Quinn is a retired FBI agent who was forced out over shooting an unarmed man. She spent her career undercover, working on sexual predator cases, and trained her protege, Jessica, to follow in her footsteps. Jessica went missing while working on a serial-killer case, and Brigid never recovered from the loss. Several years later, she is happily married and living an idyllic life in Tucson when she learns that there has been an arrest in the case, but the new agent working it, Laura Coleman, thinks the confession is false. When Coleman disappears and the bureau doesn’t seem to notice, Brigid finds herself in the thick of things once again, only this time she is worried about losing another agent, her husband, and her newfound happiness. Brigid is a marvelous character, and her skills are fearsome for someone her age. Although Brigid sometimes takes things too far, stretching the bounds of credulity, it is worth the suspension of disbelief to hang with her. Fans of Lisa Gardner and Tess Gerritsen will love this book”.- Booklist

The Edge of Normal (M)
by Carla Norton 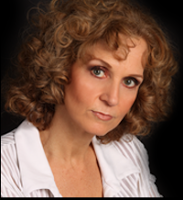 “*Starred Review* True-crime author Norton (Disturbed Ground, 1994) delivers an impressive mystery debut with a subject that leaps from the headlines. Reeve LeClaire escapes her captor after three years of unspeakable torture and abuse. Ten years later she is living independently and working as a waitress while putting her life back together and dealing with PTSD under the care of her therapist, Dr. Ezra Lerner. A sensational news story about the rescue of another young girl who endured a similar ordeal threatens to shatter her fragile grip on daily life. When Dr. Lerner asks her to speak with the new victim, Tilly Cavanaugh, and her family, she is not sure that she can cope with it. Reminded by Lerner that another victim reached out to aid her, Reeve decides to help, meets Tilly, and discovers that she will need to be more than a simple mentor, as the predator who took her is still out there watching. Does Reeve have the strength and skill to help Tilly survive? Norton has created a page-turner with well-developed characters, a truly horrible villain, and the psychological depth of Jonathan Kellerman at his best.” – Booklist