[As promised, this week will feature another series of East Coast Guest Posts. The theme is East Coast roots. My first guest is someone who moved away a number of years ago but still thinks of this coast as home.]

Since moving to northern Saskatchewan in 2005, I’ve been home to New Brunswick a handful of times.

That is one thing that I will never stop calling the Maritimes: Home.

Anyone else I know from the Atlantic Provinces that lives “out west” calls it home too. That’s just the way we are. Kind of like how every time we have any sort of get-together, we start out in the living room like normal people, but gradually end up migrating to the kitchen. Those who aren’t from the east coast just watch us, scratching their heads.

I am originally from Saint John, New Brunswick. Yes, the home of that god-awful Hollywood wannabe sign… but also of the very cool City Market and King’s Square. I am a lover of PEI, because both my parents are from there, and I’ve been there umpteen times. My favourite place in the world is North Rustico. I could sit on that beach forever. I used to visit Halifax often, and I adore walking along the waterfront, and exploring downtown. The Black Market is one of my favourite stores and I’ve been to Pizza Corner a few times.

Where I live, in Meadow Lake Saskatchewan, it’s alarming how many east coasters live here. I know of at least 15, and I’m sure there’s more.

Every once and a while, I get made fun of for the way I enunciate my A’s in words like car and bar. Saskatchewan people seem to think it’s funny. Ah well, they also call hoodies ‘bunnyhugs’ so who are they laughing at.

I’ve been asked a few times, what’s so great about “out east.” I usually respond with a quip like “What isn’t great about it?!” But really, it’s the things that remind you of the east coast that really make it so great. Sadly, most of mine are food related:

It’s more than just food though; I love being able to say I’m from the Maritimes. I tell people every chance I get where I’m from.

I don’t know why, really. I just associate being from the Maritimes as being cool, automatically. I’ve been told we’re some of the friendliest people out there, and I’d have to agree for the most part. Ya don’t get dirty looks when you say hi to someone on the street when you’re in the Maritimes.

Although I’ve moved away, it isn’t because I don’t love where I’m from. Sure, I would get bored of being in the same city for extended periods of time… but that happens anywhere a person lives. Back when I was less mature and more emo about things, I didn’t truly appreciate living in the Maritimes. Now that I live 4000 kilometres away, I see how silly I was for not valuing it more. (Absence makes the heart grow fonder?) 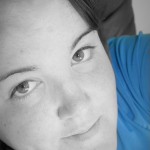 I’m not sure what the future holds for me, but at some point in my life I will want to live in the Maritimes again.

What is it about the Maritimes? The dialect, the people, the beer and that huge body of water that lies next to each province. But it is what it is and always will be to me: Home.

Kathy Gallant is a 27-year old reporter/photographer for a weekly newspaper in Meadow Lake, Saskatchewan. She’s originally from Saint John, New Brunswick, has her heartstrings double-knotted to PEI, and misses the salty air of the Atlantic Ocean, deep sea fishing and the occasional bottle of Alpine.

Home away from home
https://haligonia.ca/home-away-from-home-2228/