Homeward Bound City Pound is a no kill animal pound located in Dartmouth which serves the HRM area. 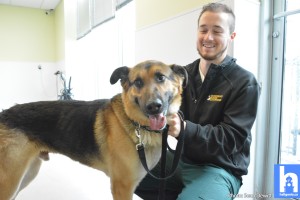 Funded as part of the Halifax area pound, this is a place where many lost, abandoned, and surrendered animals might find their way in through animal control, surrendered families, or even through first responders.  From there, their care and treatment, and eventual rehousing or reuniting with their family, becomes a priority.  The time frame and details on what happens is based on how the animal came into their care. 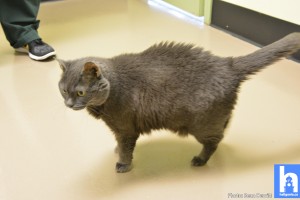 In the case of a seized or surrendered animal, where it is clear that the animal requires rehousing, the animal will be housed temporarily in isolation.  The animal will be checked out by vets for diseases and other ailments while also being observed for personality traits, keeping in mind the fear the animal may be showing as a result of the situation they find themselves in.  The staff also begin an adoption chart, keeping track of vet results, personality traits and other notes such as known or discovered dietary needs and such. 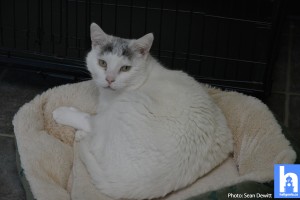 When the animal is cleared for adoption, they may be moved into another area, sometimes social with other animals of their kind.   From there, regular interactions with staff and at times some interaction with their kind, vet checks and grooming take place.  If special precautions are needed, such as a possible transmittable infection is present, the staff are made aware of the needs for that animal and every precaution is taken. 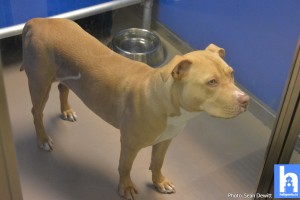 Adoption is a detailed process that Homeward Bound takes seriously to ensure that potential new forever homes are made fully aware of any needs that a potential adoption requires. 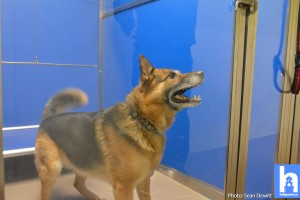 First, families can browse a binder with details on the available animals by species.  Each page in the binder has a picture, the age (at times approximate), detailed information on any medical needs (if any) as well as anything that may affect a family who looks to adopt a new animal into their house.  A personality description often gives a family the idea on if the animal is suitable for exposure to children or other animals (not always due to violent tendencies, but perhaps due to exceptional excitement, timid or fearful of children, or other causes), if the animal requires a considerable amount of attention, ideal living conditions for the animal, and other details which sometimes can be forgotten or overlooked by adoptive families which could result in the eventual surrender of the animal in the first place. 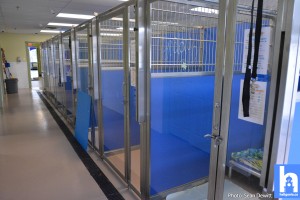 During our visit, there were only a handful of animals currently on site.  Several beautiful cats were available, however one was rumored to be on the map for adoption.  But as an example of full disclosure to potential adopters, the cats had certain needs and requirements that had to be full accepted and understood by potential new owners. 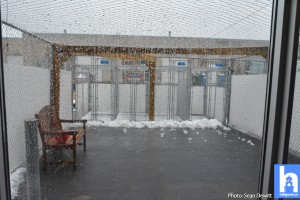 Several dogs were also on site, with one dog currently “on hold” as it was a found dog hoping to be returned home. 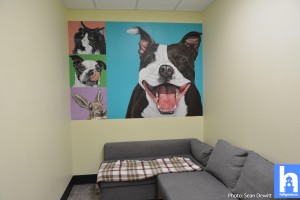 But one dog in particular, a beautiful male shepherd named Radar, was more than excited to see the camera and get a lot of attention. 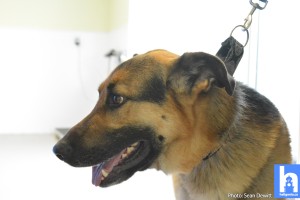 Radar is approximately 5 years old and has hip dysplasia.  As a result of this, he has very specific needs.  This means that in full disclosure to a prospective adoptive family, they would have to acknowledge and accept the long term care for a dog with this condition.  Because of this, staff ensures that a possible adoptive family would be able to understand and accommodate the needs before adoption approval.  As with any animal up for adoption, they work hard to ensure a safe and accommodating adoptive home. 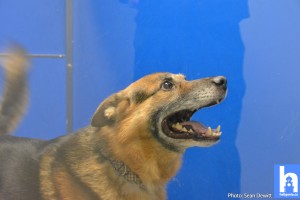 In the event that an animal has been turned over to Homeward Bound as a found animal, the shelter will follow the same routine of placing the animal into isolation until they can ensure that it is healthy and will not cause health issues for other animals.  A checkup, as well as flea and worm control, also occurs for these animals.  A timeline is set to ensure that any found animal has a chance of being reunited with their family.  As most families would notice their pet is missing, it’s sometimes only a short time before they are reunited.  If time passes with no success of the animal being returned home, the adoption process begins. 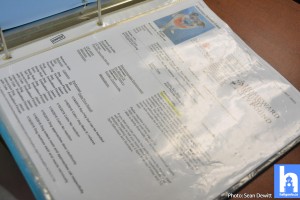 Homeward Bound also is a drop off  / recovery area for Hope for Wildlife, with many wild animals who have been found injured making their way here until they can be taken to Hope’s foundation for longer care and treatment.  Basic care and medical needs for wildlife can be addressed here first.  They have also seen their share of exotic animals from shipments such as plants or fruit coming from exotic areas.  Small frogs, lizards and snakes can sometimes show up from half way around the globe, and having no place to safely call home, are captured and taken to Hope. 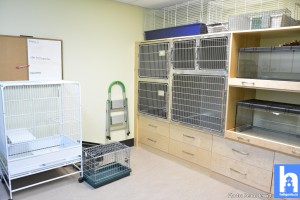 For more information or to contact Homeward Bound about adoptions, follow the link / email listed below.  Any animal deserves a shot at a forever home, and Homeward Bound has set their goals on ensuring it can happen.

*** FUN NOTE:  At the time of this post, one young surrendered retriever was testing with Ground Search and Rescue.  Although not common, young animals have been given the chance to be tested for PTSD comfort animals and other service animals. 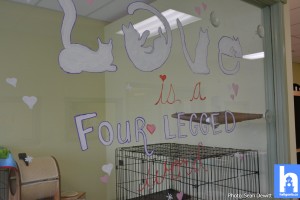