As a followup to the ShipSpotting 101 post on Container vessels, A look at how the Container terminal operates was in order. The process here applies to both terminals in Halifax. 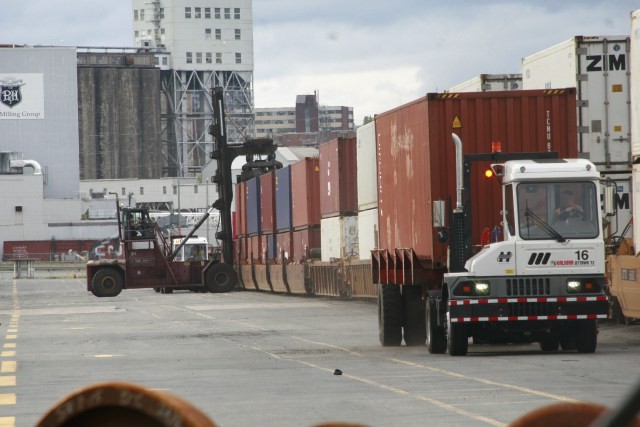 Loading and Unloading trucks and railcars is known as working the terminal.Once the train arrives, the locks holding the Containers together must be released. this is done by a guy on a platform on the back of a truck. they unlock one side of the train, then flip to the other side and release it.

Each block is sorted by ship, so all containers destined for a vessel go to the appointed blocks. Once there, another toplift picks up the container and adds it to the stack. the container will then dwell here until the appointed ship arrives. Similarly, outgoing containers will dwell in a stack until they can be loaded onto a train or truck. Halifax Dwell time is less then 2 days. 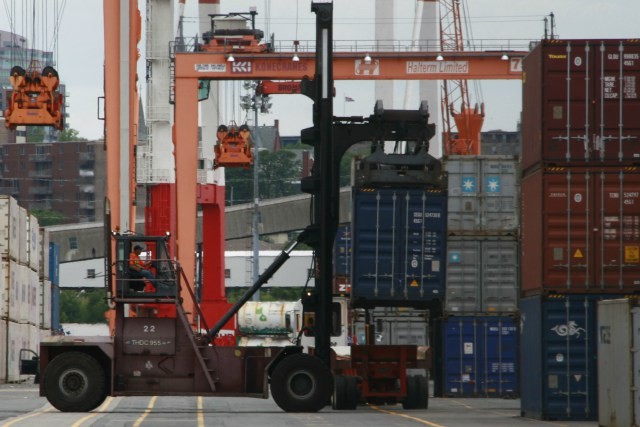 Outside the terminal group, there is a lashing force, and a number of crane units. These handle containers on and off the ship. 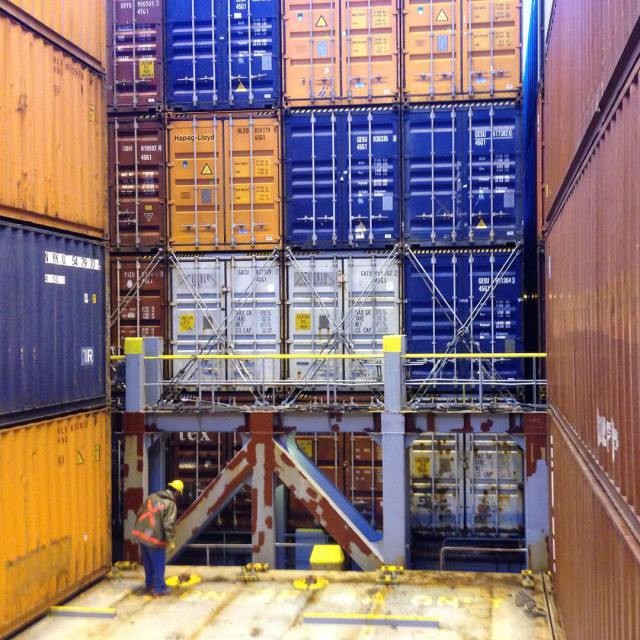 The lashing force has the task of releasing locks, and removing the lashings used to secure the container stacks on deck. The locks are released by pulling on a tail on the lock with a long pole. the locks release the top container from the one below it, and remain inserted in the bottom of the container. a team stationed at the brow of the ship, removes the locks as the yard tractor brings the container around. 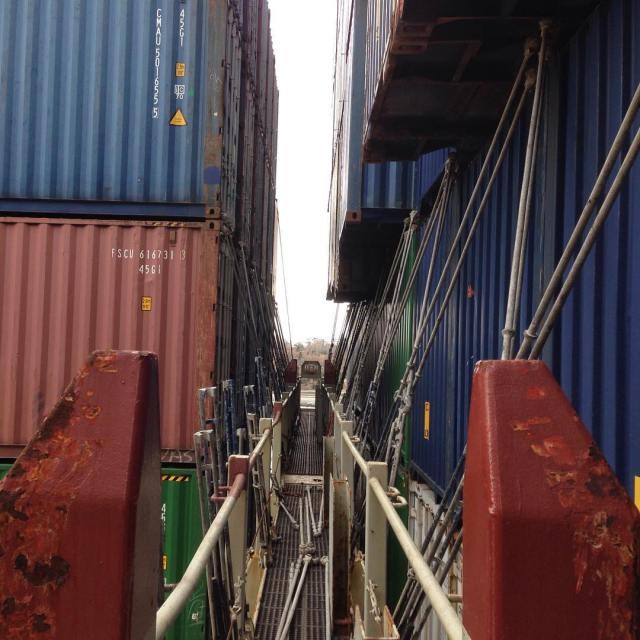 Each hatch is identified by 3 numbers. the Middle number is used if 40′ containers are used. the two side numbers are used if there are two 20′ containers on the hatch. In other words, you can have a 40′ in row 21, or a 20′ in row 20, and a 20′ in row 22. containers longer then 40′ go on top of the stacks, and over hang the walkways between stacks. (Some vessels, Such as Oceanex Sanderling, have deck positions for 53′ containers) Containers below the hatch covers are held in place by guides – so there are no lashings or locks to be undone. below we are looking into one of the holds. its 9 containers deep. 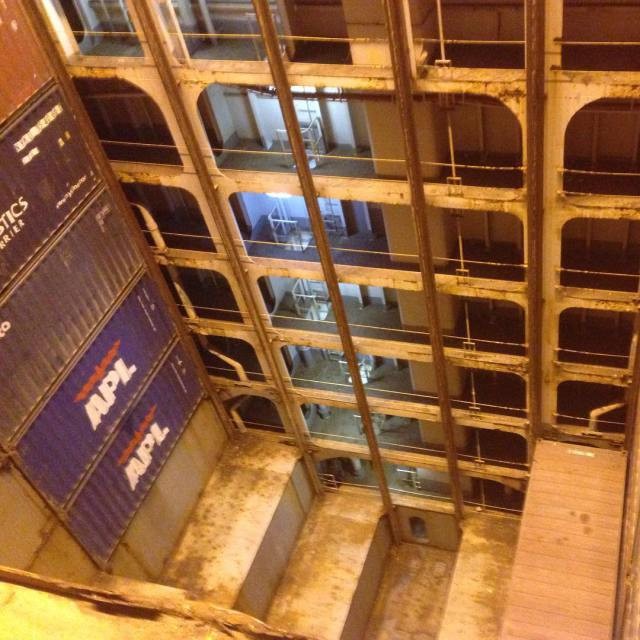 Each crane unit Consists of the equipment and men required to run one crane and Supply it with containers. Besides the crane itself, it consists of yard gantry’s and top lifts, as well as 5 yard tractors. ideally each crane unit moves 30 containers an hour. 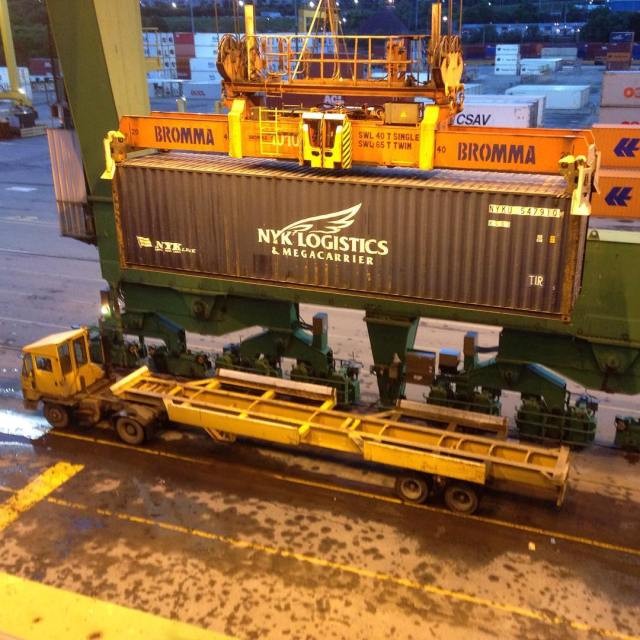 Containers are sorted on ship by destination. So all containers destined for Halifax will be located in only a few stacks. when loading, the containers get placed based on their destination. As Containers come off a checker in the crane records the serial number and indicates which block in the yard it should be placed in. the Crane pulls a container off ship, places it on a yard tractor, the yard tractor takes it to the appointed block, Stoping at the brow to have the locks removed,  and a toplift or yard gantry removes it and adds it to the stack. Loading the process works in reverse

How a Container Terminal Works
https://haligonia.ca/how-a-container-terminal-works-158628/