I could use some sleep.

My older two boys were wonderful sleepers until they both turned four-months-old at which point their sleeping patterns deteriorated until they were waking up every hour or two by the time they were nine-months-old. Logan’s sleep patterns were reversed. He started off as a terrible sleeper, and I was terrified that he would only get worse as he got older, like was the trend with my other children. And then, one night when we were on vacation in early August, our seven-month-old terrible sleeper just slept through the night. He did the same thing the following night. We were on vacation and his bedtime routine was different and he didn’t get consistent naps and we were always with other people so his environment was noisier, yet still he slept. Until this point, we had NEVER had a child sleep through the night on his own. Sometimes we’d get a full-night’s sleep as a fluke, but we have never had a baby just start sleeping, no matter how many other parents told us that it would happen. 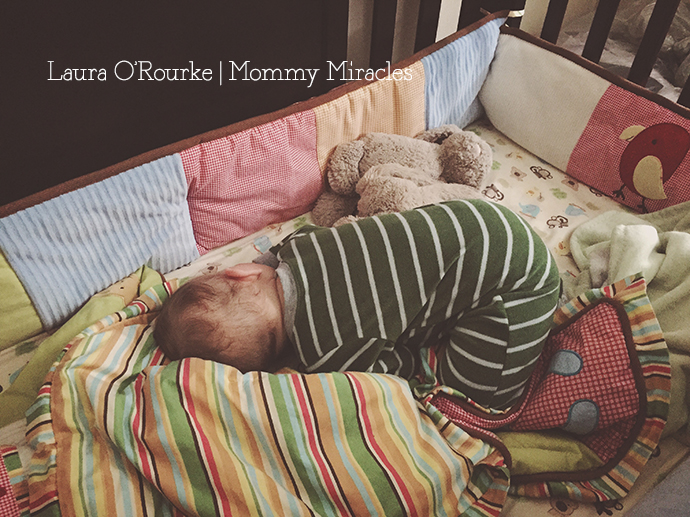 Ever since, Logan has gone through waves of maintaining a streak of good nights (which I define as sleeping the whole time that I sleep) and absolutely horrible sleeping (which means waking up twice or three times and/or refusing to go back to bed. “Horrible nights” always also include at least one, but usually more wake-ups from the bigger boys as well: a bedwetting incident, bad dream, or a request to open their bedroom door after getting up out of bed, opening the door, and coming to ask me to open the door.) Earlier this month* we seemed to be in a horrible sleeping phase, which included four or five wake-ups between all three children throughout the course of one night. The baby’s first wakeup happened at the very moment when I fell asleep (how do they know?!) and he refused to go back to bed. Mere hours later, the big kids decided to party an hour before I was planning to wake up. (Damn you, time-change!) (You can be assured that after this night, I pulled out the sleep-clock again, which is my absolute favourite tool for influencing a child’s sleep habits).

My husband does not manage well on so little sleep. He will be the first to admit that. You know that the nights are bad when he has returned to the guest room to get some rest, just like during the first seven months of our baby’s life. I used to get frustrated when my husband insisted that he get all the sleep he needed while I was the one jumping at every noise from every child, but then I realized that Over-Tired-Grumpy-Dan was way worse than not having a helper in the middle of the night. Over-Tired-Grumpy-Dan was here on the day following That Horrible Night and so he slept in the guest room in the basement the following night. Because Dan’s sleep is a priority for the whole family.

Meanwhile, I was running on empty. I get up when the baby cries, feed him milk, put him back to bed, get up when a bed needs changing or a door needs opening or a dream needs chasing away. I get up over and over during the hour before my alarm rings because my big kids just won’t shut up. Then, finally and horrifyingly, I get up for the day. If I’m really honest with myself, it is Over-Tired-Grumpy-Laura who finally gets out of bed after nights like that.

This is the point where I could say “If you don’t have kids yet, sleep when you can”, but I won’t because no matter how much sleep you got before having kids, having kids is simply exhausting and there’s nothing you can do about it but guzzle coffee all day until beginning the next overnight battle. 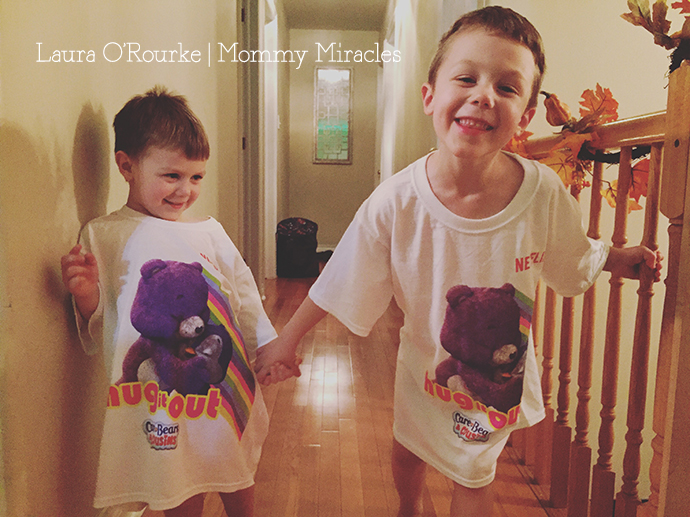 The nice thing is that bedtime is rarely our issue. Logan practically begs to go to bed at 7pm. The kids don’t fight bedtime, but sometimes we do take a quick break between Everything That Happened Today and Bedtime and allow them stay up a bit later for our own exhausted sake. The boys don’t beg for five more minutes, but we often tell them to just go downstairs and watch a show so that we can have a bit of quiet before the craziness of bedtime starts. (And of course, if things get too crazy, Logan wakes up, much less keen to go to bed the second time.)

Netflix has shows for parents who have bedtime struggles, no matter what they are. For kids who fight bedtime, Netflix now has released Dinotrux 5 Minute Favorites so you can “let” the kids watch “one more show” and still be in control of bedtime, because it is only five minutes long. Of course, there are also the full length shows for parents like me who just need the big kids to be quiet while the baby goes to bed. Although, sometimes, I can’t even coax them with a show. The other night we told Gavin to go play and he said “No. I want to go to bed.” Geeze, kid. Three really makes you quite the contrarian, doesn’t it? 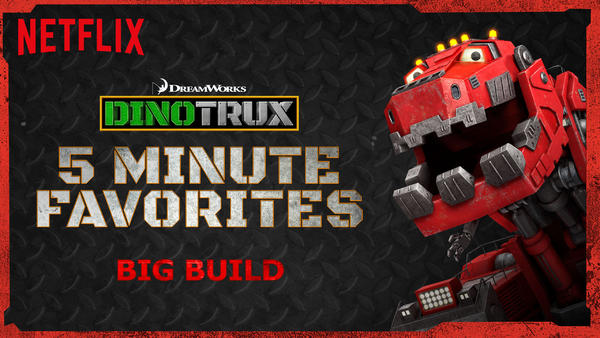 Despite being quite the poster mother for getting good night sleeps (not!), I have written some suggestions for how to help children create good sleep habit and routines. And, if it makes you feel any better, the boys have slept through the night until they were supposed to wake up for the last number of nights. It is just me who has gone to bed far too late, so I’m still exhausted, because I’m a masochist.

Here’s a printable sleep chart to help children feel responsible for getting themselves ready for bed.

Here is where I tell you about my absolutely favourite tool to keep kids in bed and sleeping for the whole night. It is sponsored, but honestly at this point I don’t care what brand you use. I’ve used a few. The product itself is an amazing tool, regardless of the brand.

And here are some good things to remember when you’re up late at night with a baby who just keeps waking up.

*I don’t know whether I’ll jinx myself by writing about how horrible our nights have been this month when the past couple of nights have been great or if writing this caveat is actually what will jinx me.

I am a member of Netflix’s Stream Team and as such I have been compensated with a complementary Netflix subscription and a few other perks and goodies. Like the treats we ate during our movie date. The stories and opinions are all my own and have not been influenced.

The post How Not To Sleep appeared first on Mommy Miracles.