Reading history is all about making another time and place come to life. Social histories or historical biographies contain a wealth of details that not only draw you into that world but make it personal for the reader as well. The titles below have the elements of a great story, fascinating characters and a wealth of details satisfying to most history fans.

1700: scenes from London life (M) by Maureen Waller certainly made me fell grateful to have been born when I was. In and about 1700 London was essentially still a city caught in medieval times. The biggest problem appears to have been sanitation. The streets were open sewers and a little hand washing would have gone a long way to saving and prolonging life. I was struck as well by the unfairness of life; how poverty and desperation lead to crime which led to execution. At the same time London was a city on the cusp of great change. England had its first constitutional monarch and commerce was flourishing. The city was on the verge of being a world power. Crime, disease and death aside, you also see a London which was beginning to flourish in the fields of science, literature and philosophy. An enlightening and somewhat disgusting read.

In general I enjoy social histories that shed light on how ordinary people lived. Unfortunately, these ordinary people seldom had the time or the wherewithal to leave documentary evidence. Andrea Di Robilant’s Lucia: a Venetian life in the age of Napoleon (M) tells the life story of Lucia, a Venetian aristocrat who was able to leave behind a rich collection of letters. Lucia lived during a remarkable point in Venetian history and was socially prominent enough to have had contact with major characters like Empress Josephine. Sixteen year old Lucia left behind interesting letters to her future husband which give interesting details about the complexity of arranging aristocratic marriages.

The Time Traveler’s Guide to Medieval England: a handbook for visitors to the fourteenth century (M) by Ian Mortimer is an entertaining read that should provide invaluable if ever you are transported back to the fourteenth century. It answers questions like what are the people like (young), what do they wear, what should you expect to eat, how will you travel, where will you sleep and, perhaps scarily of all. what happens when you are sick or find yourself in trouble with the law. 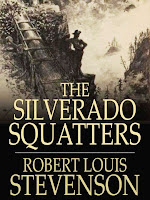 Moving from Europe to North America there is Robert Louis Stevenson’s The Silverado Squatters: a sojourn in Napa County, California, in the summer of 1880. (M) Here we have a picture of California in the late nineteenth century from Stevenson’s journals. He and his new wife landed there while he recovered from a bronchial condition. Unable to afford a hotel bill, they “squatted” in rather primitive conditions with less than adequate shelter and hauling water for their needs. At the same time, it was here that Stevenson first used a telephone. It’s an interesting glimpse, as well, into the fledgling California wine industry.
Readers of histories might also enjoy fiction by Edward Rutherfurd (M), Peter Carey (M) and Ken Follett. (M)

How They Lived, or, Histories of Everyday Life
https://haligonia.ca/how-they-lived-or-histories-of-everyday-life-53145/